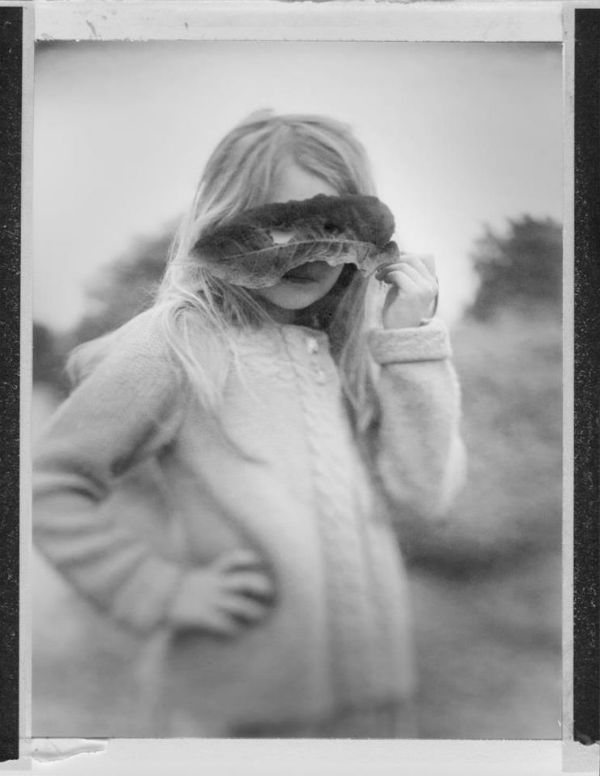 hen you think of childhood, what swirls to mind? Your youngest tumbling headfirst into her first bank of snow? Brother and sister on a sweltering summer day chasing each other through the front-yard sprinkler? Laughing so hard they trip over the hose? Then screams of luscious terror as the smaller child is tickled?

But what of those other moments, perhaps those recalled from your own childhood? The times when you got very quiet and folded inside yourself. Times that your parents might not have thought to capture on film… 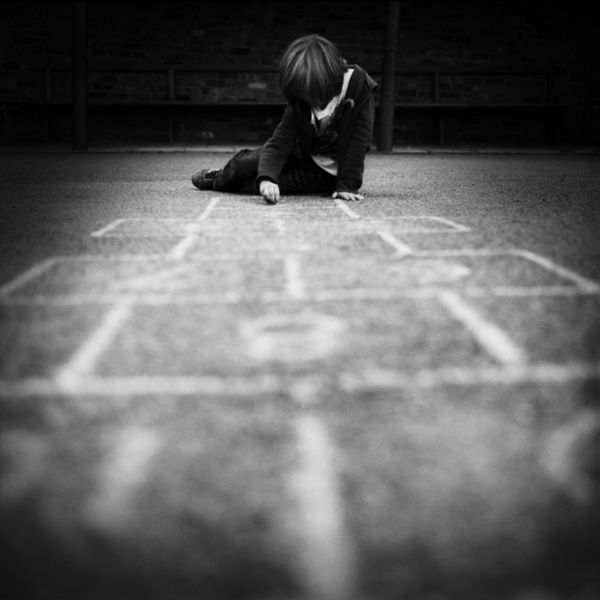 Photographer Deborah Parkin, who makes her home with her young family in Newcastle upon Tyne, United Kingdom, noticed that it was this latter face of childhood that was missing from the photos of her youth, and decided that she didn’t want to not make the same mistake with her own children.

Here then is some of what she was able to capture, using a retro collodion camera, which, in slowing down exposure time, allowed Parkin to just…be…present. Only be forewarned: What follows are not shots of children in ecstatic bliss. No one here is giggling. Just simply children. Being. 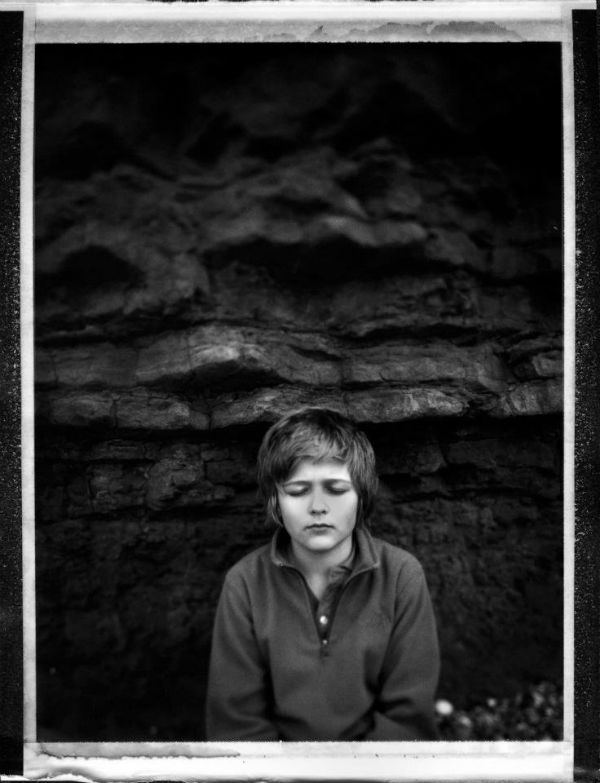 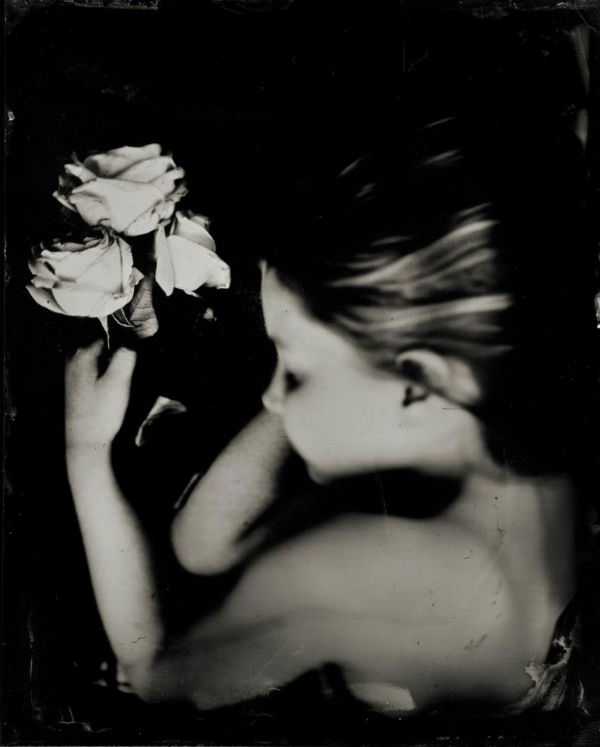 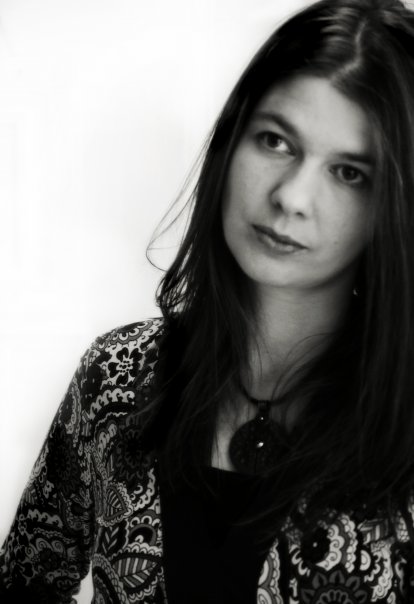 Deanna Phoenix Selene: Since most of these remarkable photographs are of your own children, I’m wondering if you have ever been surprised by what’s come out of a shoot with them. Do you find yourself coming away with a deeper understanding of their inner lives? 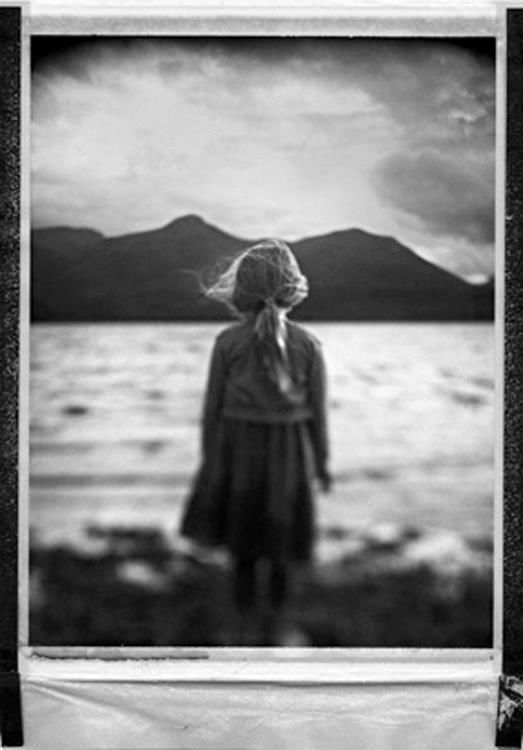 Deborah Parkin: Yes, most of the time I am photographing my own children, although for my wet plate collodion series ‘Stillness in Time’ I worked with other children too. There definitely have been times in which I’ve been surprised by what has come out of shoot, and this has generally been with the wet plate work. I can think of several occasions, one is of my two children lying together, the exposure was an entire minute long and the fact that they stayed still for so long amazes me. And on top of that, I feel that it is a really intimate picture of their closeness as siblings. 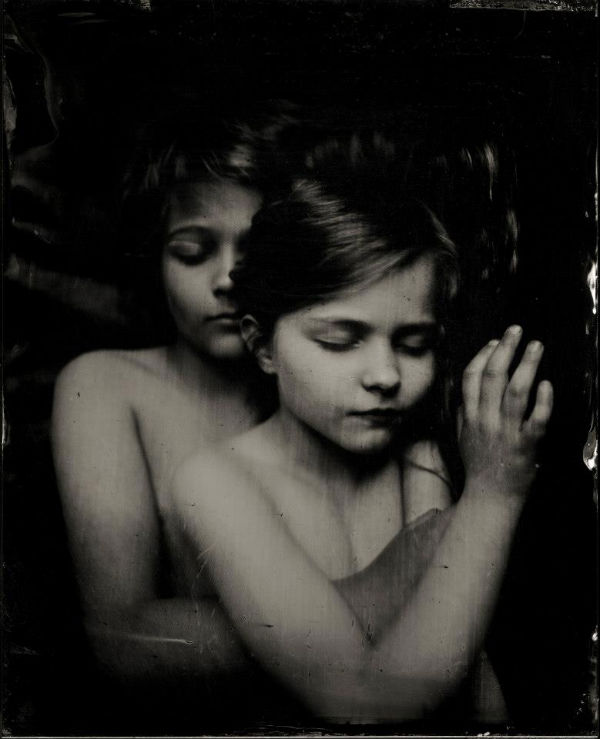 Another portrait is of my friend’s daughter. I call that one ‘The Cat On the Bike.” The sun had disappeared, and I knew she would have to stay still for at least five seconds. Normally a child will need to rest on something, but she was determined not to and managed to hold still. She is only five years old, but the determination in her face amazes me ~ despite myself and her mum thinking she couldn’t do it, she did. 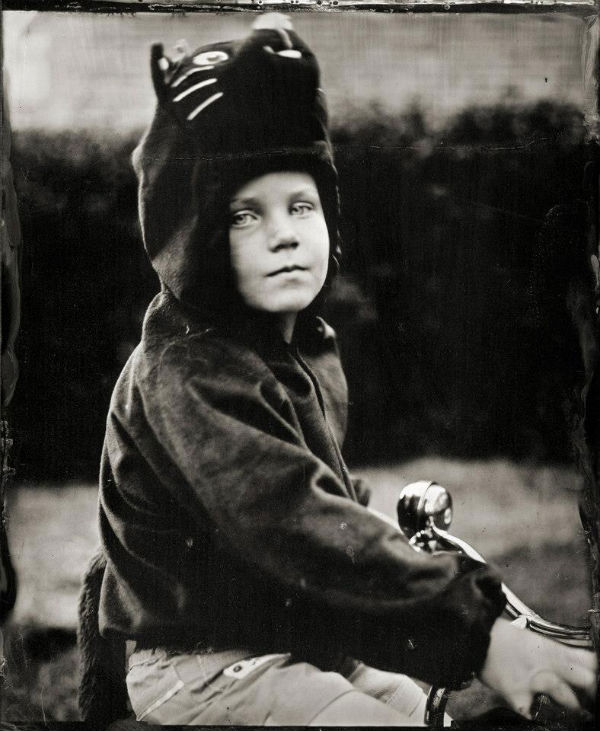 The Cat on the Bike, Deborah Parkin

Deanna Phoenix Selene: Has there been a particular age when photographing them was especially meaningful and rewarding?

Deborah Parkin: I used to think when they were very small that I had to make the most of this time as it wouldn’t always be like this; however, honestly, we are evolving together and right now is as exciting as the children were one, two and three years ago. I believe each year will bring a new chapter to our work.

Deanna Phoenix Selene: Have you ever let your children photograph you in turn?

Deborah Parkin: They have their own cameras and take photographs of me doing the ‘everyday’ things we do together, and I do let them take photographs with my large format camera; but funnily enough, they have only ever wanted to take a picture of each other.

Deanna Phoenix Selene: Does photographing your children give you a mother’s reassurance that there will now always be a part of this magical period that will live on indefinitely and be yours forever? 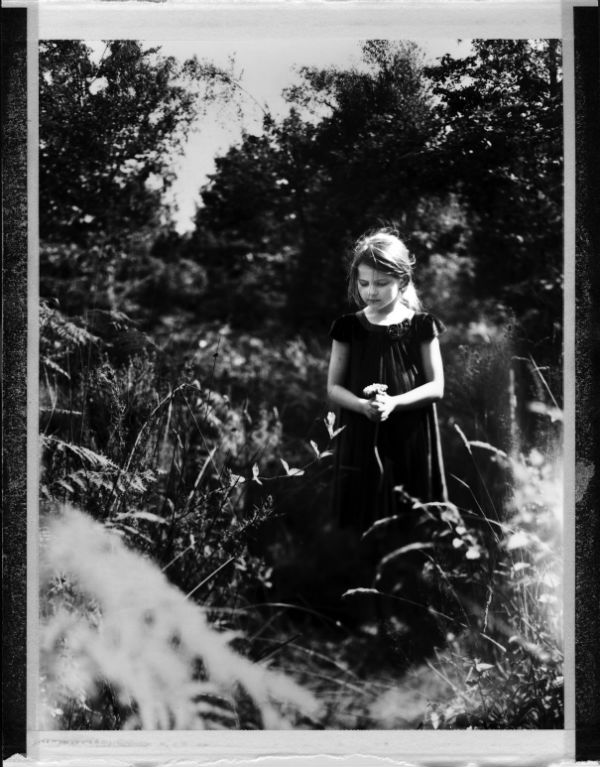 Deborah Parkin: Yes, definitely. Holding on to these moment in time are so important to me. I am so acutely aware of the passing of time, sometimes too much. It’s quite an obsession. Photographing them feels like an extension of loving them. However, it is more than that: It’s always about reconnecting to my past and about expressing myself as a mother, a woman, and the child I was. 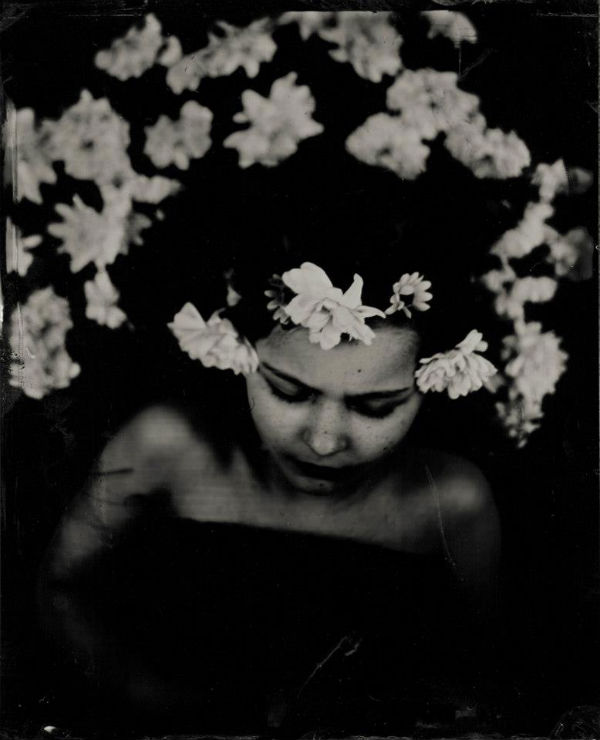 Deanna Phoenix Selene: Do you possess many photographs chronicling and capturing your own childhood? Was your child’s mind celebrated in the same way by your own parents?

Deborah Parkin: We have loads of photographs, boxes and albums. But they are just snapshots. Don’t get me wrong, I love snapshots ~ they can reveal so much ~ but they are different from what I am doing with my children. In fairness, my parents divorced when I was about four, so my mum really didn’t have the time to try and connect with me in the same way. Photography was a way of recording key moments such as holidays and birthdays, not emotions.

Deanna Phoenix Selene: Who first introduced you to these medium and large format cameras? What do you most like about them?

Deborah Parkin: It was at university. I earned a photography degree, and learning this style was one of the reasons I wanted to do go back to school, to learn different mediums and darkroom skills. I love using, in particular, my large format camera, because the work is slow and considered. When I am working with a large format camera, I really have to interact with the child in front of me, and I love that. If I had a digital camera and was snapping away, I would get some lovely pictures, but they would feel different. 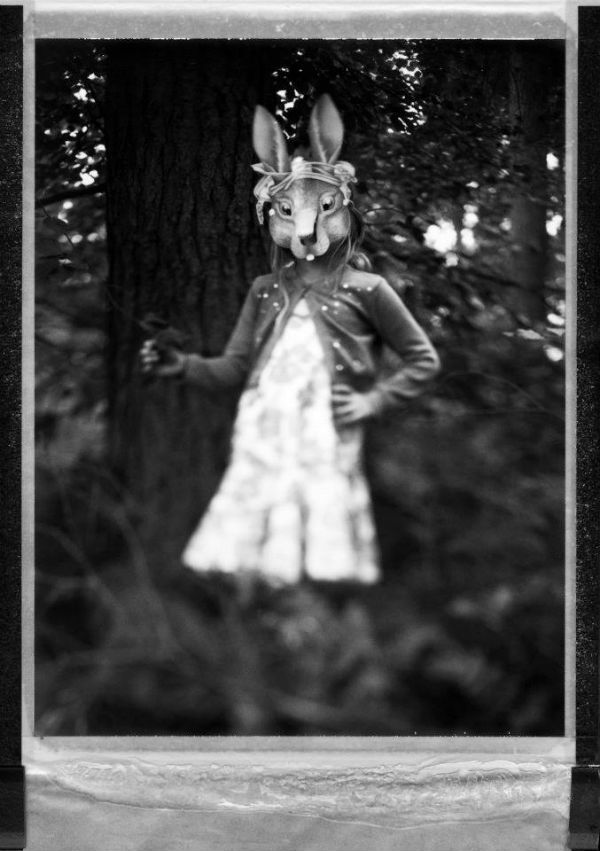 Deanna Phoenix Selene: Can you tell my readers a bit about the wet plate collodion process? What is involved and what sort of effects are you are able to create?

Deborah Parkin: The wet plate collodion process is one of the oldest photographic processes, and the image is usually made on glass or metal, using chemistry that includes collodion, silver nitrate, potassium cyanide and water. It’s a process that can easily go wrong and quite often does ~ usually due to my error. It is also a process that has long exposure times, and so living here in Northern England, that means it usually ranges from one second to one minute. With this process I don’t ‘create effects,’ they just happen, depending on how I pour the collodion or how I develop or wash the plate. I think the long exposures also add to the effect in as much as the children probably behave completely different to how they would with a camera that moves with them. They seem to drift off with time.

Deanna Phoenix Selene: I love what you shared once about your accident-prone daughter who moves through the world with her head in the clouds! What has been her response to the pictures of her you have taken?

Deborah Parkin: She is very casual about them. She likes that I take them, even asks for me to take a picture, tells me she likes it when she sees them and just goes and plays, almost indifferent really. It’s quite funny. I suppose this is nothing special to them, it’s just something we do, something they have grown up with.

Deanna Phoenix Selene: Are your children ever surprised by how you have been able to capture them? Do they discover new things about themselves? 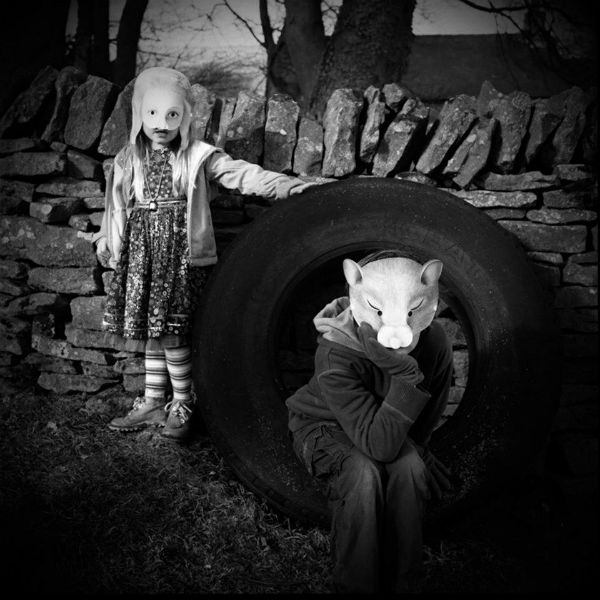 Deborah Parkin: The children are never surprised. They take it completely in their stride, whether something comes out or not is their main concern. Probably weighing up whether another photograph is on the horizon.

The self-‘discovery’ has come over time, as opposed to them seeing and responding to one image. As a photographer, I am constantly observing them, both consciously & sub-consciously. When I look through the camera, I don’t just see the child in front of me but I feel the child that I was inside of me. I remember that it’s not always easy being a child, and that childhood, like adulthood, encapsulates an array of emotions. I believe that photographing my children has allowed me to remember this, and I do wonder if I hadn’t had such a connection through my photography, would I have been as in tune with them as I am now. Hopefully, I would have been, but I do feel this has definitely made me empathize with them on a much stronger level. 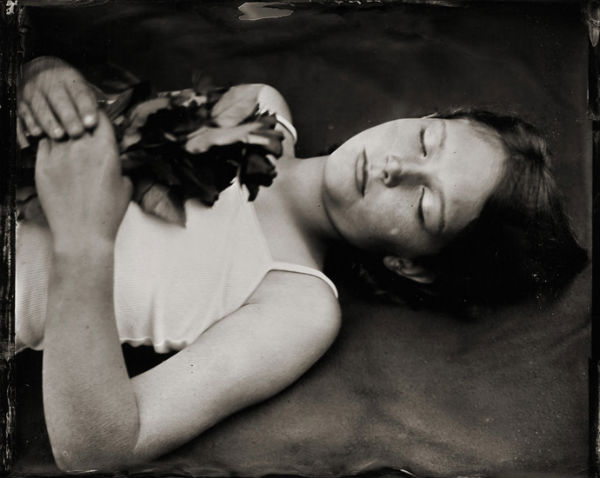 The Girl with the Rose, Northumberland, United Kingdom, 2011

Deanna Phoenix Selene: If you could photograph anyone in the world, who would it be? And the setting?

Deborah Parkin: I think I am really lucky because the answer is: my own children. I can honestly say, though, that I would love to photograph any child, from anywhere in the world. I worked with a school earlier this year and that was a great experience; it would be great to work with children from other countries and cultures as well. As long as I am working with children, exploring childhood, then I am happy. I have no intention at this point of photographing adults. 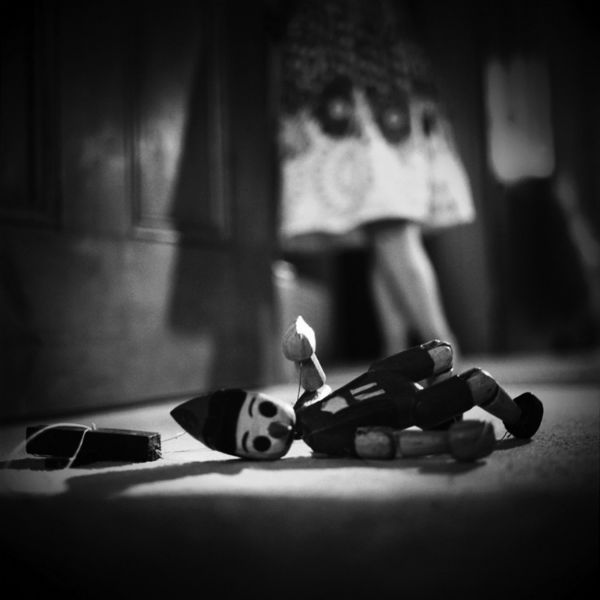 To view more of Deborah Parkin’s work, we invite you to visit her website: deborahparkin.com.

You may also enjoy my interviews with these talented photographers: