[Editor’s note: The following is a special-for-Combustus column by Jonna Ivin, author of the darkly poignant autobiography, Will Love for Crumbs] 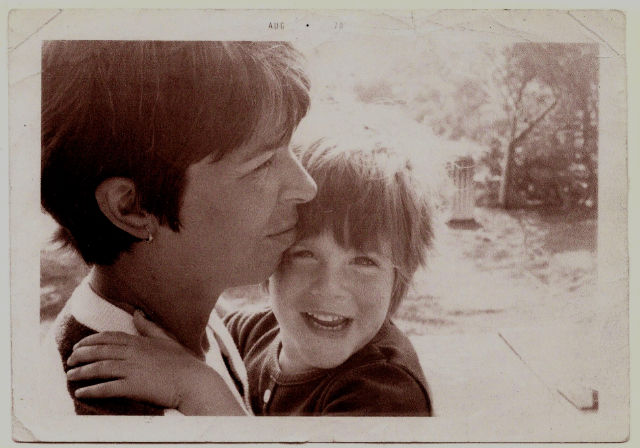 Will Love for Crumbs author Jonna Ivin, age three, with her mother, Sandi.

nly when my mother drank did she tell her stories. Tales of abuse and neglect. Stories of waking up in a car that had been driven off a cliff by her father, a man who jumped out at the last moment to save himself. She spoke of waking up on the floorboard on top of her brother who lay dead beneath her. Many years later, with her sloppy slurred speech, she continued to blame herself for killing him.

Long before I was born, my mother began drinking in high school, left home the day after graduating, and joined the Army as a WAC in 1960. She got married and had two children. Then filed for divorce and continued to drink. She moved her children up and down the state of California, never staying anywhere for too long. She remarried and divorced many more times. Six in all. She was hard working, rarely missing a day, and through it all, she drank. When she wasn’t drinking. she was for the most part silent about her life. My sister and I never knew what she was thinking or where she was headed next. But alcohol gave her words. Without it she was as impenetrable as stone.

I started writing to find my voice. A voice I rarely used as a child. I was taught to keep quiet and hold it all inside. It wasn’t that my mother told me to do this; I learned it by watching her. It’s what she did, so I followed suit. She came from a time when children were seen but not heard. Seen but not ever heard. When her father attempted to kill the family, no one asked her afterwards how she felt. No one let her cry or asked her to draw a picture or write her story. It was assumed that children simply got over these things. In her fragile little eight-year-old’s body, she held more story than most adults gathered in a lifetime.

I’m often told that I am the one who should tell my mother’s story. Because I am a writer it is assumed that I would know how to do this. I don’t. She was a mystery to me her entire life and when she died she took her stories with her. I’d grown up hearing broken fragments here and there but only when she was drunk enough ~ typically when she was teetering on the verge of a blackout. They were small snippets that leaked from her intoxicated mind.: “My mother, my brother and an uncle died in the crash. Me, your Uncle Mike and Aunt Bobbie lived. We were just kids,” she would slur while trying to focus her glazed eyes on something tangible.

She released these stories only under an ocean of alcohol: “Grandpa isn’t really your grandpa. He was my mother’s brother. After the accident, my real father fled to Alaska and married another woman… Did you know he took my mother’s wedding ring while she lay dying in the car?..There were footprints found walking around the car as he checked to see if we were dead… You know, your Aunt Bobby remembers seeing his face in the window looking at us and then he just walked away. Get me another beer.”

I’d get her another beer and then leave her alone with her ghosts and her Budweiser. I would go to my room and shut the door on her words and her stories. I didn’t care why she drank, I just wanted it to stop. I anted a normal life: boys to like me, to come home and not find my mother passed out on the front lawn, a father who would come rescue me from this woman and her drunken stories of pain…I wanted the life I read about in novels.

The funny thing is, I inherited my love of reading from my mother. She always had a paperback cracked open lying on the arm of the couch. One of her favorite writers was Sidney Sheldon whose books often centered on tough women alone in the world overcoming insurmountable odds. Maybe in Sheldon’s characters my mother saw herself, or at least a sober version of herself. Or maybe she just wanted to check out from reality. Books were our combined escape: Mom escaping her past, me escaping Mom. There were times when wrapped up in our novels, not a word was spoken between the two of us for an entire weekend. And fictional words on paper are easier to digest than the words that remained hovering in the air.

When I myself started to write, I felt free. I could say on paper all of the things that I’d been too afraid to say out loud. More importantly, I could decide if I wanted to share those words. Whereas words spoken out loud cannot be taken back, written words can be crumbled, torn up, burned or deleted. As if they never existed. I could write down, “I wish my mother would die,” and then in the morning when she sobered up and I loved her again, I could make those words vanish. Stories of our lives can be remembered or forgotten. Changed to suit our point of view. We can edit and manipulate, only sharing the parts we want and hiding the parts that hurt too much.

It was through my writing that I have healed. (Not completely. Never completely.) Writing gave me what therapy, Al-anon, and church could not. It gave me control over my story. It gave me control over my life. A sense of control my mother never had. Alcohol made her stories pour out even when she probably didn’t want them to. “After the accident we lived at an orphanage until the adults could figure out what was going to happen to us. I woke up every night screaming. The police were investigating when my father fled….I killed my brother. It’s my fault he’s dead.” And then the tab on another can would be cracked open and I would slink off to the safety of my room and my hidden words of hatred.

Many years later I would know my mother was dying long before the actual signs. Her process of losing to the disease that ravaged her body was drawn-out and slow. Plenty of time for me to ask her to finish telling the stories of her life. I could have written down her words, asked her questions about the events of that night, about her parents and the brother she thought she killed. I could have asked her about her feelings and her thoughts, all the important details needed for a great story, but I didn’t. I never asked and she never offered.

Her story was not mine to tell. It was hers and she chose not to. After she died, I went through her things and each time I came across a notebook or journal. I would quickly flip through it hoping to find a treasure, hoping to learn the truth of who this woman really was. But the pages were always untouched. Maybe it had crossed her mind to write her story. Maybe she didn’t know where to begin. Maybe I could have helped her. Or maybe she felt it was no one’s business. Maybe. Maybe. Maybe. I will never know.

I write to make sense of my life. I write to entertain myself. I write to have a voice. It is my alcohol. What numbs my own pain. My giggle juice. I write selfishly. I comfort myself with my own words so that I don’t have to wait for someone else to ask me how I am feeling or what I am thinking. I don’t write so that after I am gone, people will remember me. I write so that I can remember me while I’m still here. I guess for this reason, my mother’s drunken fragmented ramblings will always stand as more of an honest version of memoir than anything I could write for her. 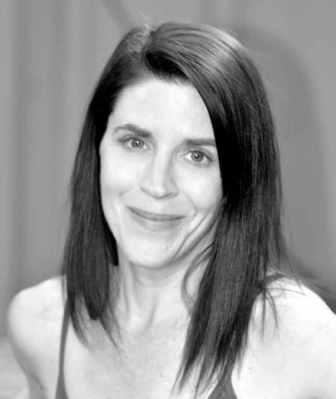