Home » Artists » Photography » Between a Dancer and a Camera: The Photography of David Cooper

“You don’t make a photograph just with a camera. You bring to the act of photography all the pictures you have seen, the books you have read, the music you have heard, the people you have loved.”
― Ansel Adams

“All photographs are memento mori,” wrote Susan Sontag. “To take a photograph is to participate in another person’s (or thing’s) mortality, vulnerability, mutability. Precisely by slicing out this moment and freezing it, all photographs testify to time’s relentless melt.”

To create in light and line, capture emotion as it whispers across a face, energy as it tightens then loosens a body… David Cooper received no formal training in this, but instead gained his technique and sensitive eye through the matter of clocking in hours with his camera. He shows his subjects, the dancers, his proofs, listens carefully to their feedback, and makes whatever adjustments are needed. It’s a simple give-and-take. Generous from both sides. One might even call it a dance. 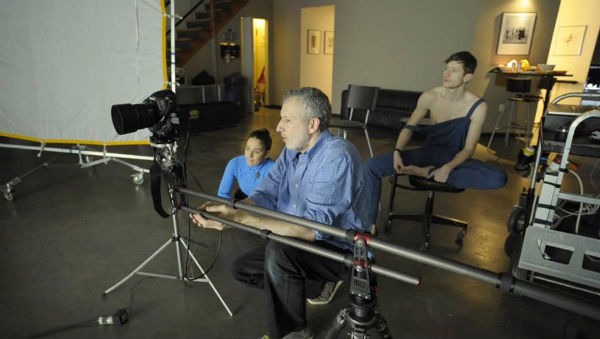 Deanna Phoenix Selene: How did you become involved in Linda Arkelian‘s ”Bringing Artists Together”?

David Cooper: I’ve photographed Linda over the years as a dancer, and when she started teaching, she began inviting guest artists to come in and capture on canvas and on film the rehearsals. 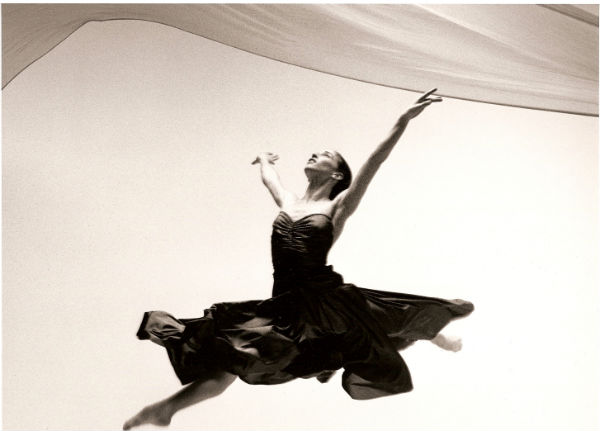 David Cooper: Linda met the painter Yared [see the Combustus interview: “An Artist Dreamed, Interview with Yared Nigussu, Ethiopia“] and invited me to come film him as he painted her dancers. It was quite an event. Almost overwhelming. Yared is a very interesting fellow and there he was with his oil paints and all his other paraphernalia, trying to create sketches live.

Deanna Phoenix Selene: Yes, I can’t imagine how difficult it must have been for him to produce something right there on the spot in front of an audience.

David Cooper: Yes it was very intense and here’s the interesting thing: [quote]I followed him around for an hour or two and then I just figured when he took it back to his studio he would finish it up there, right? But, that’s not what he did. He painted over it. So he actually ended up selling a painting to someone who has no idea that there’s a ballerina underneath! [/quote]So you never know what will come out of Linda’s gatherings.

Deanna Phoenix Selene: So these dance photography workshops you hold. Four dancers and seven photographers who sign-up to spend the weekend photographing them. Can you tell me how this works?

David Cooper: Well the process goes like this: I track down some dancers who I think are interesting and I hire them for the day. Usually four ballet people on a Saturday and four contemporary dancers for Sunday. I’ll set-up my camera and my computer and it’s a very intimate look at lighting and dance. And the great thing is that the dancers are very involved in looking at the pictures and helping with corrections. And all the photographers go away with some really beautiful pictures, even if they’ve never done anything like this before.

Deanna Phoenix Selene: Who are your greatest sources of inspiration for photographing dancers? Lois Greenfield?

David Cooper: Lois is probably the most famous in the world as far as doing stop motion photography. I wouldn’t say that she explores lighting so much as other photographers; for her it’s more about the timing and and caliber of her work.

David Cooper: Lois was much more into the contemporary world than the classical dance arena but where she put her focus there’s no one like her. She’s set the barre. What’s unique about her is that she used to shoot on a Hasselblad. She cropped everything inside the camera. She had a wonderful sense of how to record things for the camera. She wasn’t recording a moment, she was creating a picture. She also always has an amazing sense of strobe lighting because flash freezes everything.

Deanna Phoenix Selene: What kind of camera do you use in your studio?

David Cooper: The camera we use in my workshops is a digital Hasselblad. So each file is the size of a poster.  Very high resolution. But one of the disadvantages is that you have to slightly overframe so that there’s room for the dancers to move and then for you to crop. And it’s a costly investment. The cost of a car.

“A picture is a secret about a secret, the more it tells you the less you know.”
― Diane Arbus

Deanna Phoenix Selene: What is the process like to take this kind of live studio action photographs?

David Cooper: [quote]We focus on the dancer. We don’t even look through the camera lens. When you look through a camera for that brief moment, a mirror goes up, so you don’t actually see the picture you are making. But if you’re watching with your eye and your finger is ready on the camera, then you’re actually seeing it.[/quote] You’re also able to talk to the dancer. So it’s just a nicer way to work.

Deanna Phoenix Selene: What led you to want to photograph dancers?

David Cooper: In the late 70’s I was doing a lot of theater photography and I was interested in dance, but there wasn’t any big company do photograph. So I contacted the Royal Winnipeg Ballet. They gave me enough money to fly up there and I sat in their studio and just shot class after class for two weeks. That really was my true education. [quote]And I thought, “This is what ballet is all about. This is the blood, sweat and tears you don’t see on stage. So I would go home at night and develop the film and then the next day post it up on the board. And the dancers would give me feedback. And that was my introduction to ballet. [/quote]After that, I was invited back to shoot their souvenir book, and I still do that for them now.

When I shot live theater when I was starting out, you shot behind the wall and you respond to the emotion of what the actors are doing. But with dance it’s more aesthetic. With classical ballet it’s all about line and shape. And beauty.

Deanna Phoenix Selene: How does it differ photographing a live performance versus here in the studio?

David Cooper: On stage everything is happening very quickly and you’re always cursing under your breath, upset with yourself that you missed that crucial moment. Versus here in the studio it’s much more relaxed and contemplative. And I’m shooting for myself. In a performance I’m shooting for other people. It never gets easier to shoot a performance, even after doing it for twenty-five years. Plus there’s limited lighting. In the studio you get to bring a skill of lighting into play.

Deanna Phoenix Selene: Who has been your greatest inspiration for studio dance photography?

David Cooper: Max Waldman in New York was my inspiration when I was first starting out. He created some amazing shots in his studio. And that’s when I understood that you could create something in your studio and make it a very personal experience.

Deanna Phoenix Selene: I loved the “Hands” dance video you did of just Linda‘s hands. It was incredibly powerful and lovely. I’m intrigued to learn how that came about.

David Cooper: Yes, I love that piece. It was something where she just called me up and said, “I have this idea of something I want to do with hands.” And I said, “Let’s do it!”

David Cooper: The new DSLR‘s [digital single-lens reflex cameras] now have video in them, they’re coming built-into my camera. So it’s one of those things where, you know, [quote]I’m going to be sixty this year and it would be nice to know that I’m still learning. So with Linda I’m making my own movie. We paid two dancers and rented some lighting. [/quote]

David Cooper:[quote]We’re filming it all before we lay down the music. So I’ve got to try to explore he idea of not having music except in my head. And to try not to edit in a linear way. Not to start at the beginning but rather just to let your piece evolve. The great thing is that there’s always better surprises that happen when you screw things up.[/quote]

David Cooper: I’ve never studied filmmaking, I’ve never studied storytelling. Always before, I had to tell the story in just one picture. So with this one film it’s completely new ground for me. We’re not trying to create something that has a linear narrative; instead, we’re exploring what we can achieve with the lighting playing off the dancers. We’ve explored a lot of different ideas from harsh light to back light. I don’t know how all of this is going to piece together but it’s certainly looking great. We have these really talented dancers and you just have to let them loose.

And there’s some kind of magic happening. 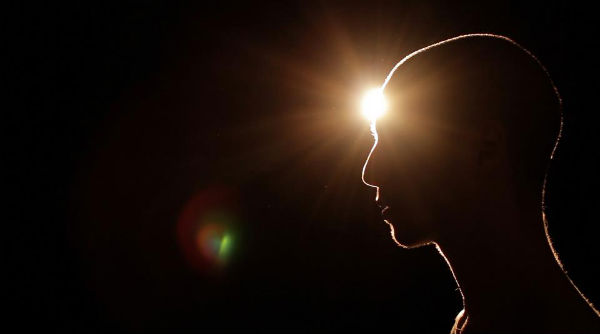