“We are homesick most for the places we have never known.”
~ Carson McCullers 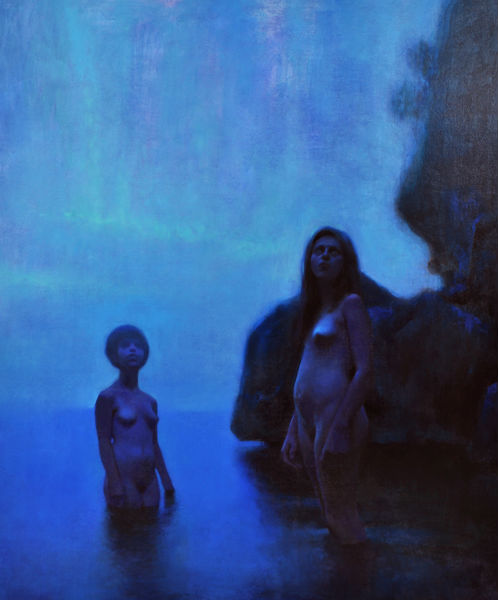 t has been said that every great novel is really a story about longing. The writer Susan Sontag once observed in her journal, “My library is an archive of longings.” Might then the same also be true for paintings? 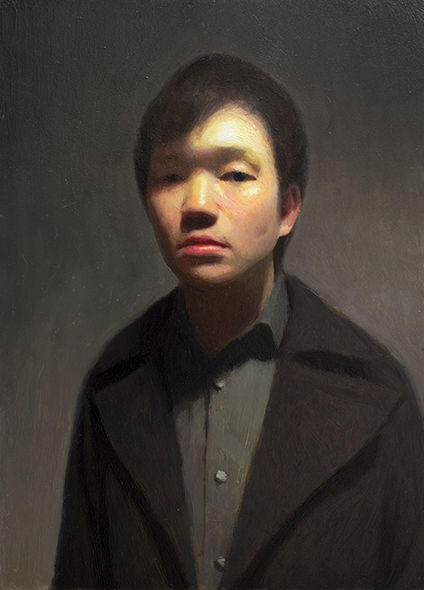 Deanna Phoenix Selene: You were born and attended university in Osaka, Japan, and this clearly influences not only your color palette ~ the cool hues and muted tones ~ but also the emotional quality of your work: that overarching feeling of melancholy. Can you speak a bit about this? What other aspects of your artistic sensibility do you trace to your Japanese heritage? 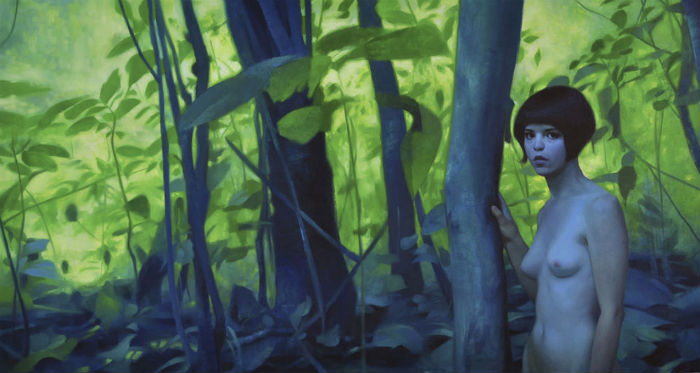 Keita Morimoto: I was born in Osaka and grew up there until I was sixteen. However, I went to an art school, Ontario College of Art and Design, here in Toronto. In terms of cool hues and muted tones you mentioned, I definitely am influenced by a number of Japanese cartoons as well as video games that I used to play. They seem to always have a very unique sensibility and depiction of colors. 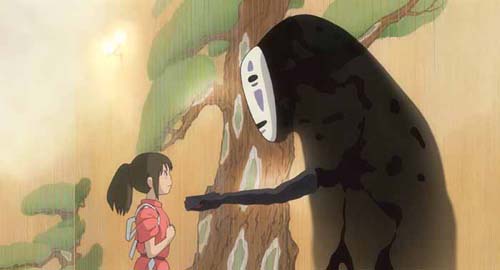 The 2001 Japanese anime film, Spirited Away, by Hayao Miyazaki

Deanna Phoenix Selene: Who were your earliest sources of inspiration? Are there artists whose work you closely follow today?

Keita Morimoto: As an adolescent in Japan, I was not informed of any western painting traditions. So all I had seen then was many kinds of Japanese animations. Hayao Miyazaki was my absolute favorite of all animators. 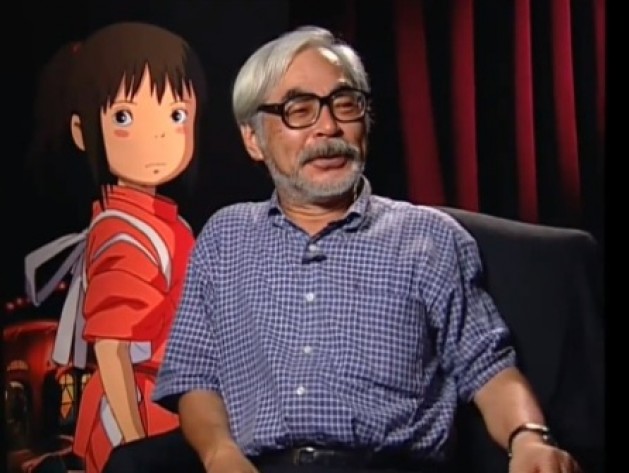 Keita Morimoto: [quote]When I came to Canada, I got to learn a lot about western art histories. Since then, I always loved Rembrandt for his spiritual and inventive aspect of painting practice. In my third year of university, I got to actually see paintings by Rembrandt in person. This was the first time for me to experience such a strong emotion that moved me in a way no other image has ever done. The presence of his figures is so real to the point that I get this strange anxiety from looking at them. He’s an artist I’ve followed for the last few years, and his work triggers something in me every time.[/quote] 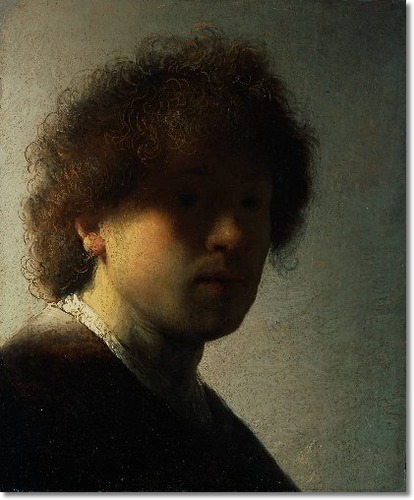 Deanna Phoenix Selene: What brought you to Toronto? Do you find that Canada supports artists more than perhaps other parts of the world?

Keita Morimoto: I believe that Toronto is a great city for artists. There is a great deal of supporting system and organizations as well as public engagement in art which I did not see much of in Japan. Of course, there are bigger scenes for artists in the United States or Europe due to their longer traditions. However, it’s a very well-connected city and with the recent development of the internet, there are a lot of different ways in which artists could internationally expand themselves as well.

Deanna Phoenix Selene: I would be highly remiss if I did not ask you about what is probably your most enigmatic piece: The Nightwatchers. Here, we pick up a slightly different energy than what is found in many of your other portraits. While one cannot deny that same palpable feeling of sorrow, the audience does not feel as if the subjects there in the forest are particularly lost. Rather, on these faces there feels almost to be a sliver of humor that has slipped in. As if the gathering is not only purposeful but that there is an inside joke that only the most observant, sensitive, or patient observer will come to understand. Without spoiling the sense of mystery you have so lusciously created, can you share some of the background to this piece, what you hope your audience will take away from participating in this fascinating scene?

Keita Morimoto: [quote]The Nightwatchers was created based on the idea of glorification that has been reinvented throughout painting history. I was particularly interested in the idea of self glorification on the internet today, the fact that we all attempt to portray ourselves in the best way possible. [/quote]I also wanted to subtly imply a bit of actual selves by using objects like beer bottles and casual outfits, while representing them in a somewhat glorified fashion. 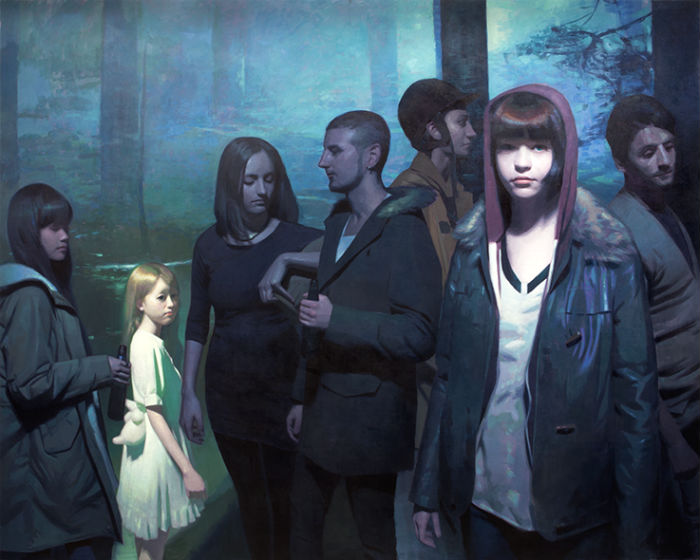 Deanna Phoenix Selene: In many of your works there is also a strong sense of longing. A sense that something yearned for has not yet arrived, or perhaps that what has been cherished has since become lost. Were there particular events that haunted you throughout the painting of some of these works?

Keita Morimoto: Interesting that you mention longing. [quote]I did really want my characters to have this expression that they are longing to come out of the picture frame one day, as if this virtual image of self is wanting to become more real than the real self.[/quote] 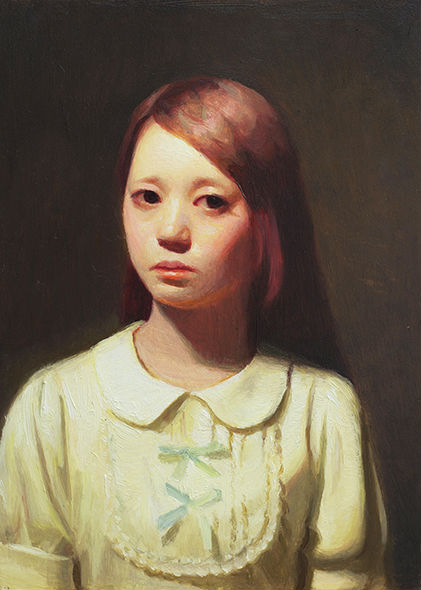 Deanna Phoenix Selene: Does art for you have the power to sustain one’s spirit even during the most discouraging, even darkest of times?

Keita Morimoto: I do personally get a lot of enjoyment out of art, looking as well as creating. The process of painting contains a lot of emotional stages starting from excitement, followed by anxiety and excitement again, finally ending with a sense of accomplishment. It’s definitely one of the most therapeutic things in my life. 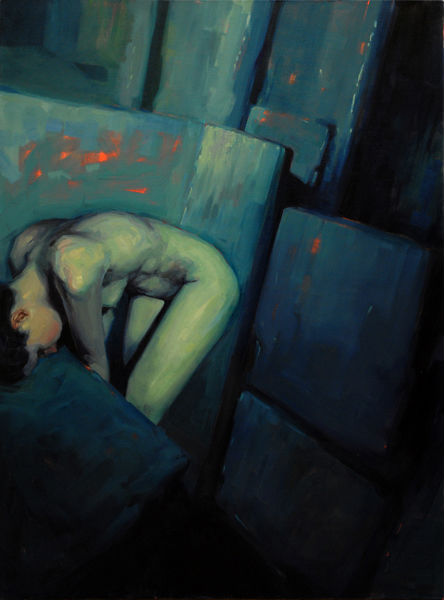 Deanna Phoenix Selene: If there was one color you would absolutely never want to have to paint without, what color would that be?

Keita Morimoto: I love every color. I know it’s not answering the question properly but I really do love the relationships that happen when different colors are put together. But if I had to choose a color I can’t paint without, it would be white.

Deanna Phoenix Selene: If you had to name the moment when you felt the most totally uninhibited and free?

Deanna Phoenix Selene: Are there questions you are exploring now that might take you perhaps in new directions? Or is your quest to go deeper still into the forest you have already created?

Keita Morimoto: I am actually making a new series of paintings that explore the deeper parts of the forest and nature with figures, and another series that explores the idea of self-glorification. I will be showing the first series in Montreal in October and the other in LA this November. 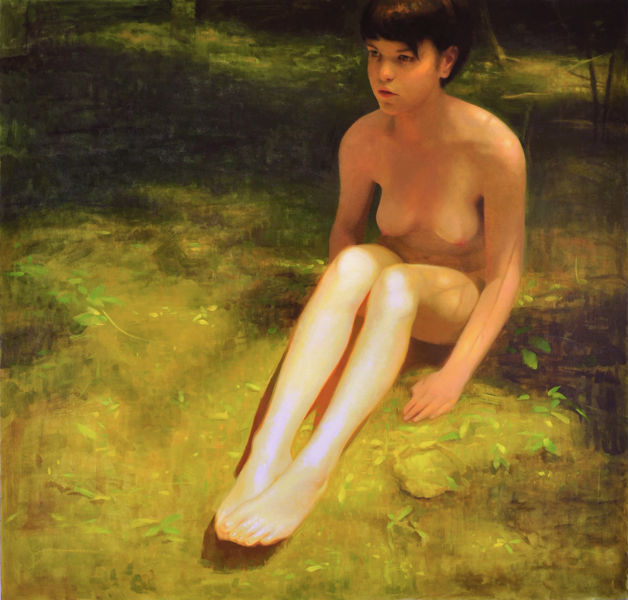 Deanna Phoenix Selene: Any finally, my last question: If you could be granted your greatest wish?