usic may be a universal language, but talking about it, classical music especially, is another thing entirely. How does one put into words what happens as you travel that private landscape of your mind? 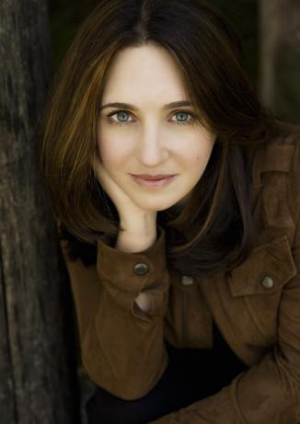 “I think music is just so abstract, instrumental music especially,” says classical pianist Simone Dinnerstein, whose interpretation of Bach’s Goldberg Variations ranked No. 1 on the US Billboard Classical Chart its first week out.
“Of all the art forms, I think music is the hardest to talk about for the very reason that it’s pre-verbal.”

Dinnerstein, who released her fifth album, Night on Sony records, says that even in her training at Julliard, the way a musician feels about and responds to music on a soul level is rarely ever discussed.

So how does Dinnerstein select her music? As an artist, what does she look for in a particular arrangement?

“Complexity,” says the pianist. A piece of music that is both introspective in nature and rich in architecture, with multiple-layers that include changes in tempo and phrasing, texture, modulation and even theme. “In essence, music that most accurately mirrors the human journey.”

For while most other forms of music tend to stay with one emotional story, what classical music affords us, says Dinnerstein, is an opportunity to experience the full spectrum of human experience, “just as we would within the course of a typical day.” Seldom is any day all upbeat or all downturn, but rather a series of many modulations in intensity and mood.

And sometimes these moods are even overlapping. What Dinnerstein finds most thrilling as an artist are those moments in a piece when “different minds are going on at the same time, and even lines occurring simultaneously, where you might not always feel a groove, you might actually step out of a groove into a feeling of rhythmic instability. “Because that’s how people really are,” says the pianist. “We are not always in a groove all the time. Sometimes we don’t even have a center. And I think it’s interesting when music reflects that.” 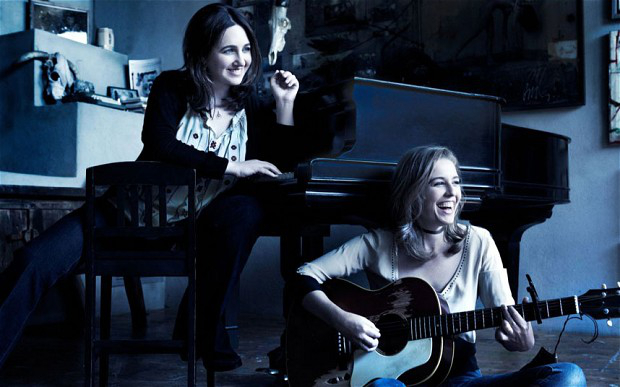 Indeed, it’s those moments of transition from one mood or style to the other, says Dinnerstein, wherein the true magic lies, for it is here where we find the anticipation, the feeling that the listener is on the verge of falling into the great unknown ~ a sensation that is at once thrilling and terrifying. These are the moments most ripe for discovery and invention.

And even once a piece is known, even to the artist herself, still an arrangement never remains static, least of all for the one performing it. Because change is a given. Each time the musician performs the piece, she comes back to it the next time having grown since she last played it. And so her relationship with that music is forever changing.

Because Dinnerstein doesn’t listen to her recordings once she’d done recording them, the pianist says she actually has had the experience where, “I’ve heard myself on the radio and have not recognized that it was me playing.” That her relationship to that piece of music had changed that much since she had first laid the track down.

So, with such an intimate and complex dance with her music, where does the audience fit into all of this?

“When you’re performing, it’s really an abstract thought that’s going on, an instinct about how that music should be played. And yet at the same time, there’s also a very detailed awareness I’m having as I perform it. So it’s about being lost in the music and at the same time very carefully following a map of what’s taking place. The audience doesn’t factor in at all. In terms of my relationship with the music. I’m not playing it for them. I’m feeling the music and I’m allowing them to come along for the ride.”

Yet once a composer composes a piece of music and puts it out into the world, Dinnerstein feels it no longer belongs to them. “In fact, I don’t even believe it belonged to them while they were working on it. There’s something else that’s going on that’s much bigger than they are. It’s as if the music takes on a life of its own and the musician’s work is to try to find what’s meaningful to them.”

New York-based pianist, Simone Dinnerstein (pronounced See-MOHN-uh DIN-ner-steen), a graduate of The Juilliard School where she was a student of Peter Serkin, was the bestselling instrumentalist of 2011 on the U.S. Billboard Classical Chart and was included in NPR’s 2011 100 Favorite Songs from all genres. NPR reports: “She compels the listener to follow her in a journey of discovery filled with unscheduled detours.” Ms. Dinnerstein has also received critical praise from The Independent for “the majestic originality of her vision.”

This spring 2013, Simone Dinnerstein and singer-songwriter Tift Merritt released an album together on Sony called Night

features original songs written for the duo by Brad Mehldau and Patty Griffin, as well as classical selections and Merritt’s own work. The Washington Post wrote of one of their early performances together: “Merritt blew on a pair of harmonicas to add a taste of hickory to Dinnerstein’s take on Schubert’s Nacht und Träume. During a medley of reworked old-timey folk songs, Dinnerstein got off her stool and under the hood of her pristine Steinway Grand and hammered its strings like a dulcimer to accompany Merritt’s strumming of a beat-up acoustic guitar.”

Watch a preview and interview with Simone and Tift about Night

Other highlights of the current season include Ms. Dinnerstein’s debuts in Sydney and Melbourne, Australia; her debuts in Leipzig at the Gewandhaus, and in Toulouse as part of the Piano aux Jacobins festival; the world premiere of Nico Muhly’s You Can’t Get There From Here at Symphony Hall in Boston; and her third return engagement at the Berlin Philharmonie.

Ms. Dinnerstein gained an international following after the success of her recording of Bach’s Goldberg Variations. Released in 2007 on Telarc, it ranked No. 1 on the US Billboard Classical Chart in its first week of sales and was named to many “Best of 2007” lists including those of The New York Times, The Los Angeles Times, and The New Yorker.

The three albums Ms. Dinnerstein has released since then, The Berlin Concert (Telarc), Bach: A Strange Beauty (Sony), and Something Almost Being Said (Sony) have also topped the classical charts, with Bach: A Strange Beauty making the Billboard Top 200, which compiles the entire music industry’s sales of albums in all genres.

Ms. Dinnerstein is interested in exploring ways to subtly change the traditional concert experience, and has created a new program with thereminist Pamelia Kurstin and actor Alvin Epstein that combines classical music and avant-garde cabaret, and weaves together poetry, music, improvisation, and narration. The program debuted at New York’s popular West Village club, Le Poisson Rouge, in November 2012. Committed to bringing music by living composers to today’s audiences, Ms. Dinnerstein frequently performs pieces written for her by Philip Lasser and Daniel Felsenfeld. In addition to performing the new work written for her by Nico Muhly this season, Ms. Dinnerstein will be premiering a piano quintet by Grammy-nominated composer Jefferson Friedman in 2014.

Ms. Dinnerstein has played concerts throughout the United States for the Piatigorsky Foundation, an organization dedicated to bringing classical music to non-traditional venues. Notably, she gave the first classical music performance in the Louisiana state prison system when she played at the Avoyelles Correctional Center. She also performed at the Maryland Correctional Institution for Women, in a concert organized by the Baltimore Symphony Orchestra to coincide with her BSO debut.

In 2009 Ms. Dinnerstein founded Neighborhood Classics, a concert series open to the public hosted by New York City public schools. The series features musicians Ms. Dinnerstein has met throughout her career, and raises funds for the schools. The musicians performing donate their time and talent to the program. Neighborhood Classics began at PS 321, the Brooklyn public elementary school that her son attended and where her husband teaches fourth grade. Artists who have performed on the series include Richard Stoltzman, Maya Beiser, Pablo Ziegler, Paul O’Dette and many more. In addition, Ms. Dinnerstein has staged two all-school happenings at PS 321: a Bach Invasion and a Renaissance Revolution which immersed the school in music, with dozens of musicians performing in all of the school’s classrooms throughout the day.

I feel that when I’m completely “in the zone” performing, I need to exit the thoughts of the mind and go into a different place of listening, feeling and reacting. This is the state where I feel like I am an instrument for the music to speak through instead of having to “make the music.”

The Artistry of Morishige Yasumune

“I think that the best condition for improvisation is to play without thinking, just feeling and doing. Similar to meditation.”