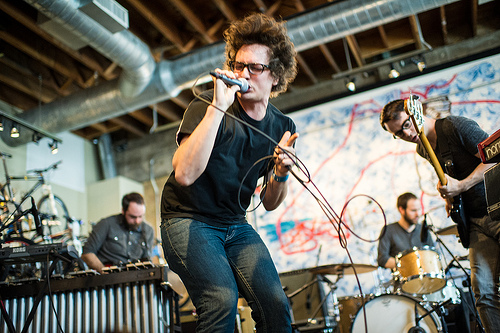 There’s something about an outsider who passes through your town and after just a few minutes performing on stage, claims that city as his own.

Now give him an edgy Seattle vibe and a flair for smart lyrics, and you’ve got Galen Disston, lead vocals for the soul-infused, indie pop band, PICKWICK.

I was lucky enough to see the band perform as they were passing through Lake Oswego, Oregon, on their way to California and parts beyond. To put it mildly, they were rather well received.

Viewing this studio taping of PICKWICK performing, “Hacienda Motel” might help you understand why:

Deanna Phoenix Selene: There is a wonderfully playful camaraderie among your band members. How did the group come together? Is it true that you met in college?

Galen: We met post college actually. Through mutual friends. Seattle’s music scene is very incestuous, which is great. We were a band for, like, four years before anyone gave a shit, so we had some time to come up with ridiculous inside jokes. Like our joke band, “Farm Pond,” which deals with social ills like pirates, and canine neutering.

Deanna Phoenix Selene: There is a definite soulfulness to your sound, which you don’t hear much in the music coming up today. Who are your major influences?

Galen: We love all kinds of music. I love the Grateful Dead. I’m currently devoted to my Dad’s 80’s Grateful Dead vinyl. It’s awful. I love it.

Deanna Phoenix Selene: There is also a lovely purity to your music with heavy emphasis on the lyrics. I am reminded a bit of Paul Carrack of Squeeze. Would I be off-the-mark in guessing there might a lit major in the group?

Galen: You are not off the mark. The razor simplicity of Sanda Cisneros compared to Faulkner, Woolf and Joyce was probably the most profound discovery during my studies.

Deanna Phoenix Selene: What qualities do you strive for when you compose a song? What makes a great song?

Galen: I don’t really have a system. The approach differs with the subject. I do strive to write something worthy of the subject, and some of my efforts go better than others. Sometimes the vehicle of a great song is simple while lyrics are complex. For instance, Damien Jurado’s “I Am The Greatest Of All Liars.”

Sometimes it’s the music and performance, like Elvis Costello & The Attractions’ “No Action.”

Sometimes it’s neither, such as with William Basinski. Who knows. 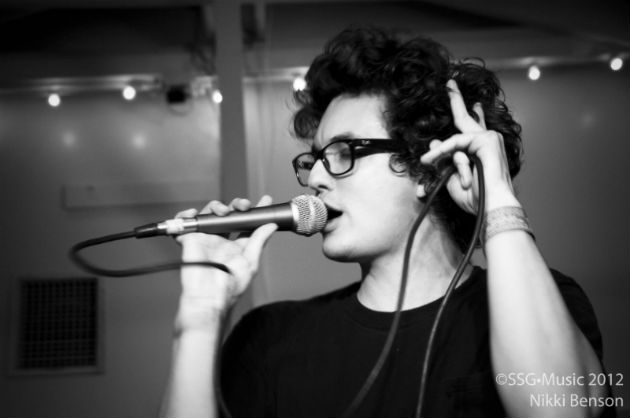 Deanna Phoenix Selene: As a storyteller, do you you enjoy sliding underneath the skins of characters outside yourself? Or singing from your own personal experience?

Galen: The former. I usually have a subject in mind, and read books and watch documentaries about my subjects before writing, to supplement the narrative or word collage. It takes time, whether I’m workshopping words, or we’re fighting in the basement about the arrangements. We’re fortunate to be in a band that values collaboration and is willing to do the work it takes for that to function.

Deanna Phoenix Selene: Do you have a favorite songwriter who’s inspired you over the years, someone who just reading their liner notes and lyrics made you hum?

Deanna Phoenix Selene: When you write a song, do you have someone in mind you’re writing the lyrics for? Do you picture your audience? Or is it more a conversation you’re having with yourself?

Galen: I leave clues for the audience. But I’m mostly trying to serve the subject.

Deanna Phoenix Selene: What is the most frightening aspect of being an artist?

Deanna Phoenix Selene: Do you think this is part of the connection you make with your audience, that we all feel like outsiders in one way or another and you are giving this feeling a shape? 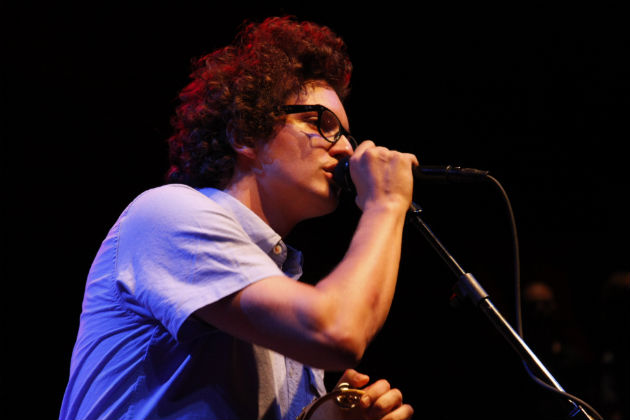 Galen: I don’t think I can speak with authority of the anatomy of the connection. Sounds like an interesting theory though, the outsider feeling.

Deanna Phoenix Selene: Oddest or most memorable experience while touring?

Galen: Calling the cops on club staff after a show, because they we’re throwing lamps at each other.

Galen: Boise, Idaho: Neurolux on our last tour. Those people were nuts. Thank you Boise.

Deanna Phoenix Selene: Best and worst parts about being in a band?

Galen: The best part is working with other people to give voice to your ideas, and being humbled by the creativity of your friends. The worst part is the same thing.

Deanna Phoenix Selene: What is it about music that has such a power to bring people, even strangers, together?

Galen: I observed music’s ability to bring people together recently when we played a benefit for one of my favorite songwriters, Jason Molina. He is currently in rehab, recovering from an alcohol addiction. His music is normally a very private, hushed affair. It’s really intense stuff, deeply emotional, sometimes fragile. It’s exciting to meet someone who is a fan of his, because his stuff is not something you’d play at a party, so when someone is a fan, it usually isn’t causal. Sharing that connection with other people at that show was a highlight of my year.

I don’t know how to evaluate the power of music to bring people together, but I know that nothing excites me more than finding a new band and then talking to other people about it. Recently I discovered [the American post-punk band from Washington, D.C.] “Make-Up.” And talking to my co-worker about how she went to shows in the 90’s where he stood on her shoulder and let her scream into the mic, is a conversation I won’t ever forget. Because as she told the stories, I was there with her, screaming into the mic too.

To learn more about the band or information on where they are next touring, visit their website at: http://www.pickwickmusic.com.

You can hear more of Pickwick at their Bandcamp: pickwick.bandcamp.com/.