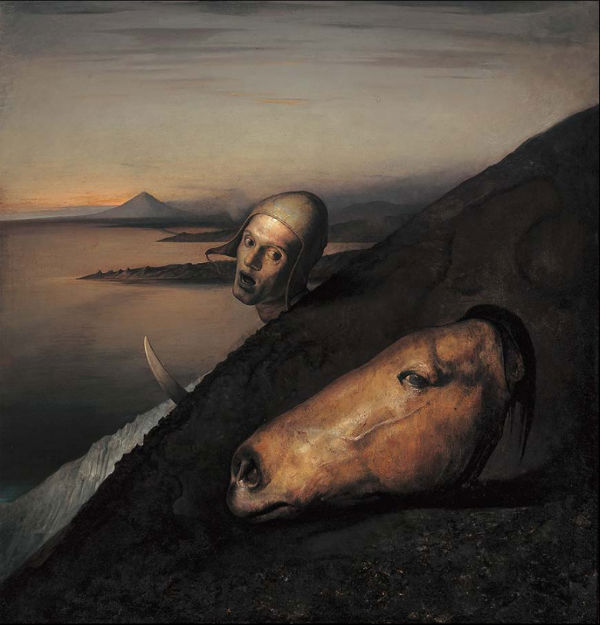 he smell of leather is a deep luxury, like the slow appreciation of the nose of great bourbon, or the perfume of lavender drifting through a summer’s open window. Breathe it in and suddenly the world’s all beams of dusty light, attics and grandfathers, club sofas, pipes, horse saddles and new car seats – these dreamlike images inspired by that rich, spicy scent.

When the vibrating numbers in my computer’s bank records reach high enough that I can be careless, I order fine leather-bound facsimiles of alchemical texts from an antiquarian bookbinder in Glasgow.

When they arrive in my hands from the delivery man, I imagine the journey across the ocean, thrown into the hold of some shining airbus with a thousand other gifts and necessities, wrapped within brown boxes. I wonder if the smell that awaits me has reached out somehow through the binding bubble wrap to those anonymous companion parcels, subtly flavoring their crisp cardboard smell with just a hint of leather, sharing, like some beautiful secret, a hint of its perfume.

When I cut the tape and crack the lid, I pause, always, breathing in fully the scent of pleasure.

So when a box addressed to me arrived without warning from the always smiling, always jogging Fed-ex man who ran from and to his van with the urgency of a man on a hundred missions, thrusting into my open hands this strange delivery, there was a moment of bewilderment and wonder, like a child on Christmas morning… And then I remembered the treat almost as satisfying as my alchemical habit – the advance copy of the new Nerdrum. 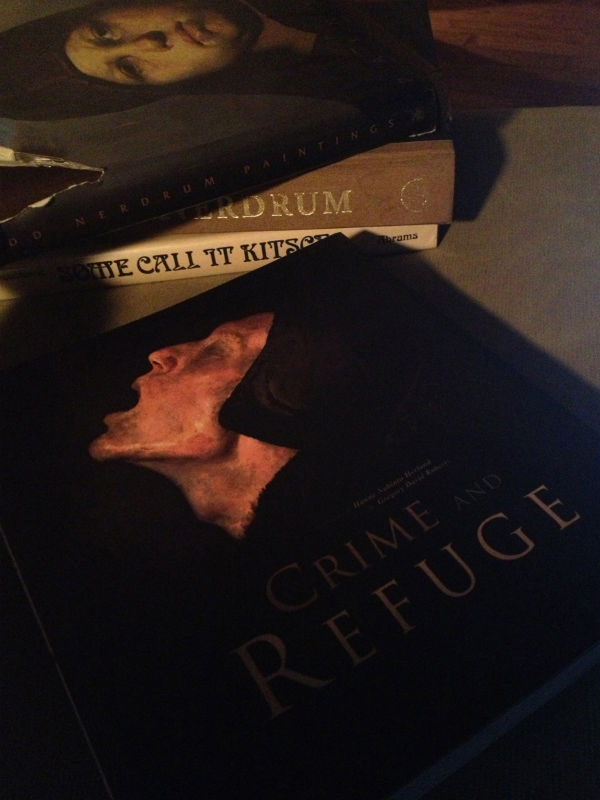 I bring the box inside onto my red rug, and, with the scissors’ bare blade, I slice through the plastic tape. Reminded of my Scottish packages and their fresh alchemical leather, I pause when I lift the lid to breathe the air inside as I would a whisky, and there’s a potent scent, not of leather this time, but of fresh, brand new ink and glue, the bright pragmatic smells of the printer’s press, pigments and machines. There it is, this new work carried from Nerdrum’s hands to mine: a thick, black, gothic slab of a book, nakedly bound with sewn folios open on the spine, as if the work within were stripped of hard-covered pretense or armor; its secrets bared.

Emerging from the shadowy cover, there’s a man’s waxen face upraised, eyes closed, a figure lost in some dark, dry mythology. This waking Tussaud’s head gasping for air, suffocated by aridity, might be breathing in a distant wisp of the strong scent of newness I inhale, the smell of something powerful. And beneath him the title tells the bared secret, in a quiet grey and beige typography: Crime and Refuge

And though I attempt to flip through these black pages for a quick first impression, I am defeated by all these new sensations, leaf by leaf, each sheet presenting new worlds to explore, rich with lush imagery and all the weird wonders of Odd’s imagination. 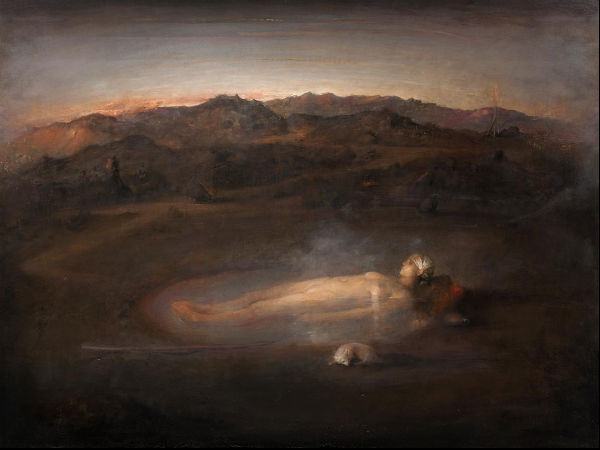 Scattered among the new are some of Odd’s now notorious re-paintings of doomed masterpieces referred to in the foreword by writer and released prisoner, Gregory David Roberts as “rain paintings.” Referring to the ever-experimenting Leonardo, in these works the alchemical mixture of the maestro’s medium failed to keep it’s pigment-loaded grip on linen’s tooth, and as a result, rich textures carefully shaped by brush and knife slipped and slid down stretched sheets, like water off a window, requiring the replacement of those masterworks, rendering “new” old. 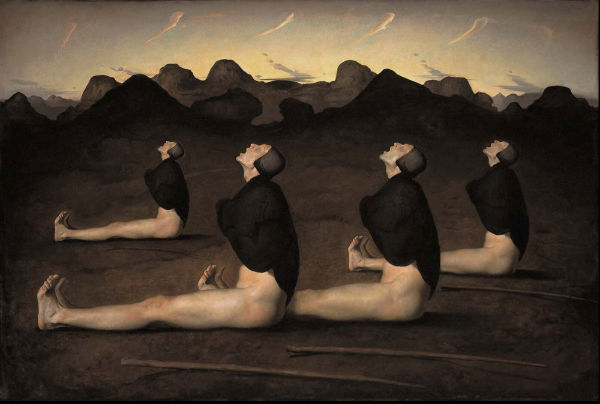 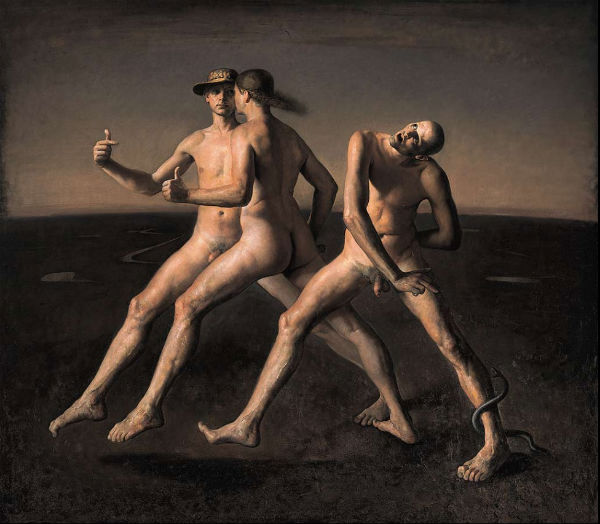 Man Bitten By a Snake | Odd_Nerdrum

[quote]Far down the California coast road in San Diego, seventeen years ago, in the crisply sterile, conditioned air of the city gallery, a wave of revelation swept over me when I first saw Nerdrum’s work. It was an experience of epiphany: those paintings gave many among us permission to learn to paint. I bought the big blue book of Paintings, and read those pictures like a manifesto, and every year after, leafed through those pages to learn of imagery and allegory. [/quote]

Setting down that book (old now, battered, thumbed and torn) beside this brand new, black-bound, Crime and Refuge

, makes me think of Nerdrum then and Nerdrum now, reminding me of how the memories of those paintings were burned into my mind to be recalled like comrades from a fight in an old war, how these new versions of them feel strangely familiar, but invoke the spirit of the memory of that first sight. Seeing them bound into this new book, I remember the first shock of seeing the replacements at the Forum, unaware of the slippery disaster that had fallen over those old soldiers. It felt like meeting the children of an old friend: they were like and yet unlike their parents, with their own lives and journeys. [quote]I remember seeing The Singers cast upon new cloth, my confusion, recognition and loss beside the pleasure and comfort of the new and old. They sing the same song, and look so like the trio they replace, but there’s a feeling of strangeness about these similar faces and I know exactly what it is: it’s that same unsettling feeling an exile has on returning home after years away, that the old familiar places have subtly changed, that the long-familiar old regularities of overlapping schedules and routines is missing pieces because of absent participants, their lost faces replaced by strangers who have settled into their own paths. But there’s a raw honesty in the paintings, a naked sincerity and self-exposure – a humility that opens their strength and richness, their old attitude of resistance.[/quote] 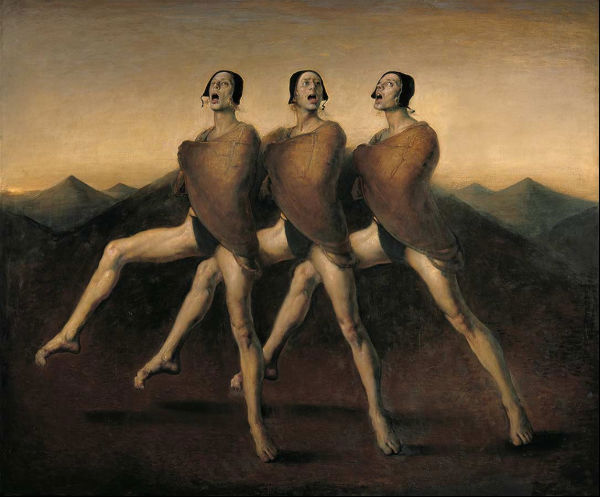 This book’s a sensual, living thing: even the short opening preamble by the freed Roberts – telling the story of dissected images on draughtsman’s paper, a disturbed night and his fond affection – is surprising for a partial printing upon a typeset vellum sheet tipped in among a brief flurry of white pages, its thin parchment transparency ghostlike amongst the four hundred black bordered images of Nerdrum’s glowing paintings that follow, capturing his wandering, homeless refugees in that weird mythological Icelandic landscape, wandering through volcanic extrusions and sulphurous hot pools, steaming under alien brown skies; the blacks of shadowy nights spilling over dark boundaries.

[quote]The artist exiled from his home created a theatre of characters in his imagined world, armed, beaten, and alienated, caught in conflict, ritual, love and rest; the afflicted and exhausted; these abandoned self portraits of a bloodied Nerdrum, cast as criminal, then as a weary man whose companions are outcasts, mutilated and war-torn, abandoned to the stern, severely beautiful landscape. We find the dead and the dying here, the victims of the aftermath, a record of the conflict between survivors and their struggle against despair.[/quote]

But time has done its work on Nerdrum and stripped away some anger. His hand has softened on some of the newest works to touch them with an almost impressionist’s gentle blends. Now we see him walking with his wife, on a journey away from the necropolis, into a lighter, living world; a kinder sepia world where the iconic horse’s head appears again, this time not decapitated and abandoned to violence like some Godfather‘s message to a horrified anonym who bares his blade in fear, but caressed by the artist, who regards us calmly. 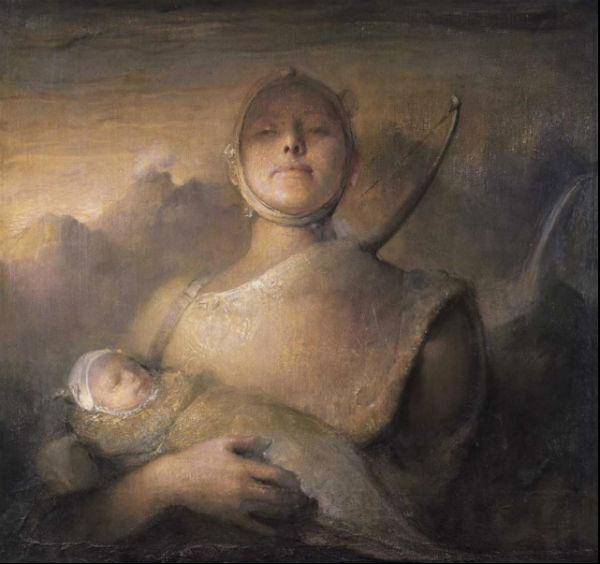 And here’s a horse ridden by a naked child, and another mare bathing in a warm pool while a rider rests upon a rock. Now there are meetings, compacts and embraces among the refugees, these outspread bodies are quiet; again: at rest, not caught in images of rigorous death, and they share the comforting shade of trees; yes – there’s quiet green foliage softening the landscape as a strange French springtime falls on Nerdrum’s still-weird world where children glow with an interior light, as if the life within them redeems the catastrophe of exile for the refugees. A couple forms a protective arch in a private ritual over their shining child. Children have a future in this new world. They are looked on with care and held with tender hands, these radiant golden babies, all potential and revelation and hope. 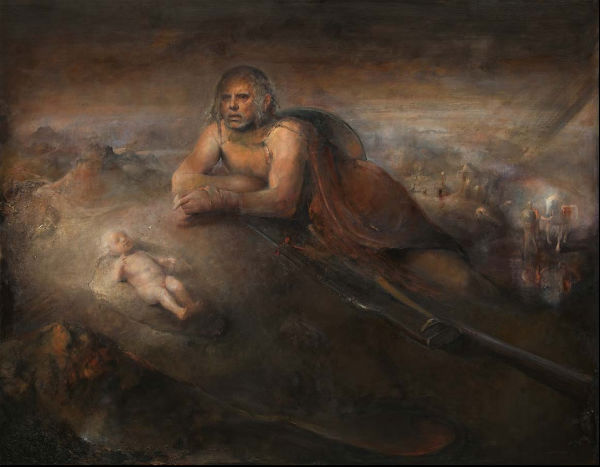 Two days after I first cut the tape and inhaled the brash mechanical flavors of the press, the book has breathed away its freshly manufactured oils. The scent now is that shared by all new books, like opening the door to a mellow sunlit craftsman’s workshop, and that sweet smell is the smell of this naked, brilliant newness. Hope smells like a new book. The world has changed, if these works can be in it.

And the closing group of paintings is the most unusual of all of the imagery in the book, drifting among the other pictures, standing out from them as ethereal, transcendent dreams of freedom: images of the cast of refugees freed from that volcanic world, now afloat in ethereal space, the distillates of exile. And though among the flowing threads of real time these works were made before the springtime paintings, they’re well placed to end the narrative of the refugee, when hope comes to outcast everyman, and we may imagine all mankind’s own escape from the tyranny of gravity that ties us to the earth, freed from this muddy world to explore the opened outer void with wider minds. These are the mysteries of the aftermath.