[Editor’s note: The following is part of a four-part exploration, which begins with Michael Pearce’s eloquent essay in which he sets the stage as only Dr. Pearce can.]

Michael Pearce: What does ‘metal’ mean to you?

Pam Hawkes: For me it’s a complex signifier of both the sacred and profane, power and powerlessness, life and immortality.

In ancient Egypt it represented the after-life and to be encased within gold meant one became immortal, to be at one with the sun. To early Christians the gold on icons reflecting candlelight represented the flickering of divine light. Then later, from the Renaissance to the present, it becomes a display of earthly power and wealth.

Pam Hawkes: As an artist using metal leaf I am constantly referencing all these cultural meanings and histories.

Michael Pearce: Earthly power and wealth. Does it imply those things to you? If not, how does using metal reflect the ideology of your work?

Pam Hawkes: While I’m aware of this and play with these notions throughout my work, what originally inspired me to use gold and metal leaf was the religious and esoteric connotations.

[quote]I’m not a religious person but I started using gold and metal leaf in my work about twenty years ago after visiting a small church in Athens which was full of beautiful icons. One of these, small and unprepossessing, had wires stretched across the front of it, from which worshippers had attached their own blessings and prayers. Many of these were roughly cut tin lids on which were scratched simple drawings, words or symbols. One of these was a rough, naïve drawing of a baby etched into the tin with a nail, and that image stayed with me. The power of this gold icon overlaid with the physical presence of the prayers of generations, was palpable.[/quote] 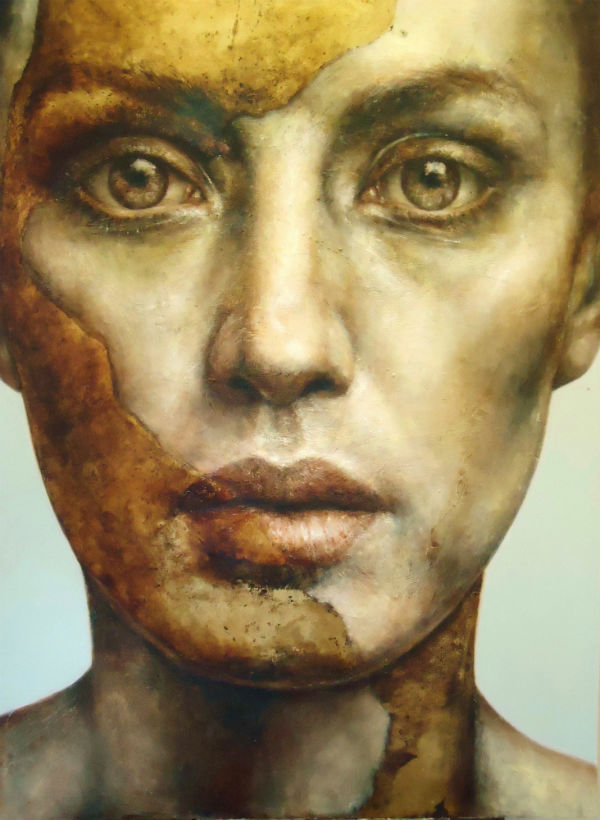 Pam Hawkes: There is no obvious narrative in my work but by painting over metal leaf and allowing it to gleam through the glazes of oil paint, all the history of this most precious of elements is telling it’s own story.[quote] My figures are still, icon-like, but often trapped within luxurious, decorative patterns. There are narratives of love, desire, disappointment, cautionary and celebratory going on here; it all depends literally on the viewer’s standpoint. [/quote]

Michael Pearce: What is the relationship between the practice of making the painting and the intention of the painting?

Pam Hawkes: Because I use metal leaf, albeit in an unorthodox way, I often feel more a craftsman, a gilder, than artist. There is a prescribed way of proceeding with the painting, and when it’s finished, the layers of beeswax varnish applied daily has a ritualistic quality to it. This, I think, fits in perfectly with my work which can be likened to icons where the portrait is not of someone but rather symbolizes something other.

Michael Pearce: Are you experiencing a spiritual engagement in the studio that comes out in the painting?

Pam Hawkes: This is a difficult question. I would say there is no spiritual engagement and I’m not a religious person. Fifteen years ago however, I did have the most profound, spiritual experience which fundamentally changed me and many of my views. I don’t know if this comes out in my painting but I suspect not.

View more of Pam Hawkes exquisite paintings on her website. 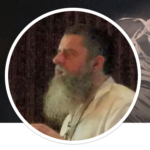