o use sound to help people through difficulty is greatly satisfying. A few days ago I worked with a young autistic girl (she is blind, and she doesn’t speak or move at all). Hearing her humming while I was singing, and seeing her laugh was a joy and a great incentive to continue even through those difficult times.

The people I’m helping are deeply changing my view of many aspects of my life, especially of what is really important or what is just a consequence of my ego.

Everything changed for me when I realized that sound could go well beyond the aesthetic: it can gain a fundamental social and political importance if used in a relational context.

Music therapy has allowed me to figure out how I can live a life of purpose by serving really unlucky people. That’s what has saved me.

The best way to describe the music I compose is to quote Alfredo Rastelli’s review of my work:

[quote]… A marvelous collection of sonorous flash that follow one another like waves in the sea at night, dying in silence and in it are likely to recover. ” [/quote]

I started with techno music as a DJ when I was a teenager. For many years I spent hours and hours with turntables and with headphones on my head. Eventually though, I realized that discos and parties were just not my world. I started to look for different music, different sounds.

After a long process of “deconstruction,” I composed “Vetri di carta” (released on S’agita recordings) that I consider one of my most important works. At that time I did not know the “lower case” music, so I recorded that full length work without any background or specific influence.

It was the first step on my new path.

I listen to a variety of very different artists. In the electro-acoustic field: Rolf Julius, Steve Roden and Giuseppe Ielasi. But during my training in music therapy, I became increasingly aware of sound in its totality and in its complexity. Now if I have to choose between a good CD or an interesting sound-scape, I would surely choose the second.

In my family, my relatives were and still are not so interested in music or sound. But this is exactly the basis of the music therapy I’m referring to: use sound and music to connect, to communicate without word… Words are not able to help our deep communication in every single situation…in that cases music should be the right medium.

The most important common point between the music I compose and my music therapy practices is the absolute attention to every sonic detail, to silence and the possibility of every common object becoming a sonorous instrument. In music therapy, especially with particularly serious diseases, every micro sound can gain a great importance by which to meet the diversity.  My composed music is never present in my therapeutic settings; but the attention to the depth of listening is an indispensable element.

It is important to note that, compared to my theoretical models, music and sound are a medium for therapy and not a therapy in itself. That means that music is not like a medicine. Music therapy is included in the field of art therapy which is based on non-verbal communication and through the artistic medium. With improvisation and “sonorous/musical dialog” you can meet each other to sow the seeds of a new relationship; in this case a relationship without word. As I said, listening is a really important aspect, it is necessary to suspend our prejudices, our noises, to be open and available with the confidence that change is possible, even in the most complex and serious cases.

If music therapy means relationship, every relationship is a unique relationship; so it’s very difficult to generalize. Usually it works well in cases where there are difficulties with expression of emotions, communication and/or relationship. 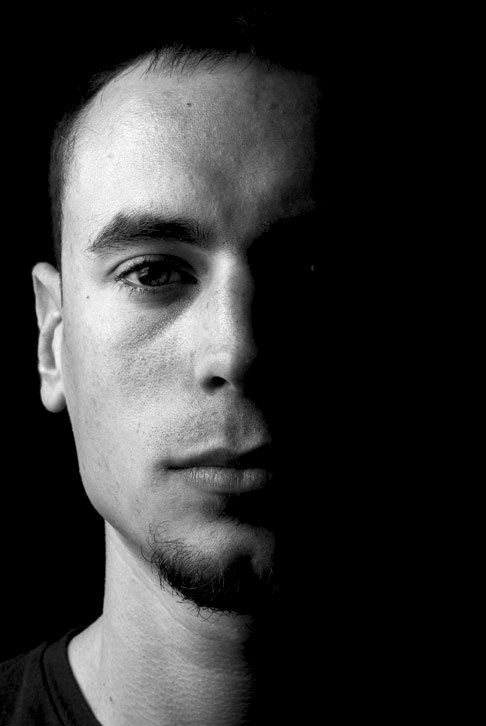 During the last two years, I had the opportunity to work with autistic and psychiatric guests. In both cases I have had very good results. But we must keep in mind that “autism” and “psychiatric” are just labels that poorly represent the specificity, the uniqueness and the history of people that we encounter.

I also have had the pleasure to work in film. Around 2002, thanks to Luca Sigurtà, I met Manuele Cecconello. Right away, I fell in love with his films and his poetic sense. We began collaborating. I composed for him many electro-acoustic pieces; and at the same time, he created some beautiful video works on my compositions (i.e. “Le bapteme de la solitude”). We are now working on a new project.

Recently,  I also started working with the film directors, Maurizio Pellegrini and with Giuseppe Pidello. We were asked to create an audio-video for a museum here in Biella. In this project I followed the audio from the field recording to the editing and mixing.  A great experience!”

From Luca Bergero’s profile on Soundcloud:

He developed an experience of music therapy and soundscape and at the psychiatric day center cooperative ANTEO of Biella.

He collaborates with the cooperative Il Mulino in designing and implementing educational activities dedicated to the sound.