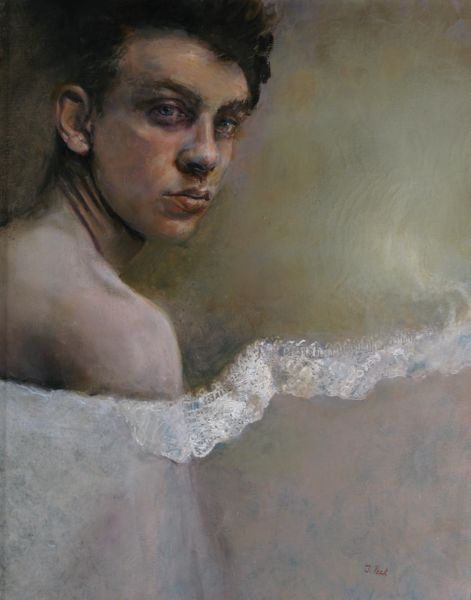 There is a haunting nature to Judith Peck’s paintings that pulls the viewer in. Yet it is a vulnerability that, with the exception perhaps of The Storm Pales, never borders on helplessness. The viewer may feel protective towards her subjects, yet there is also much dignity here. When we view The Downpour or Complications, we are looking at ourselves. 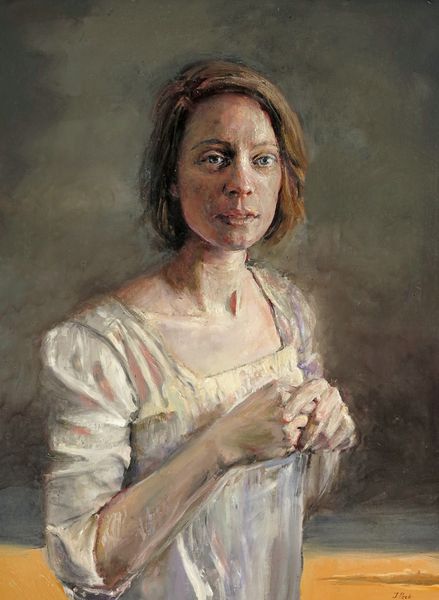 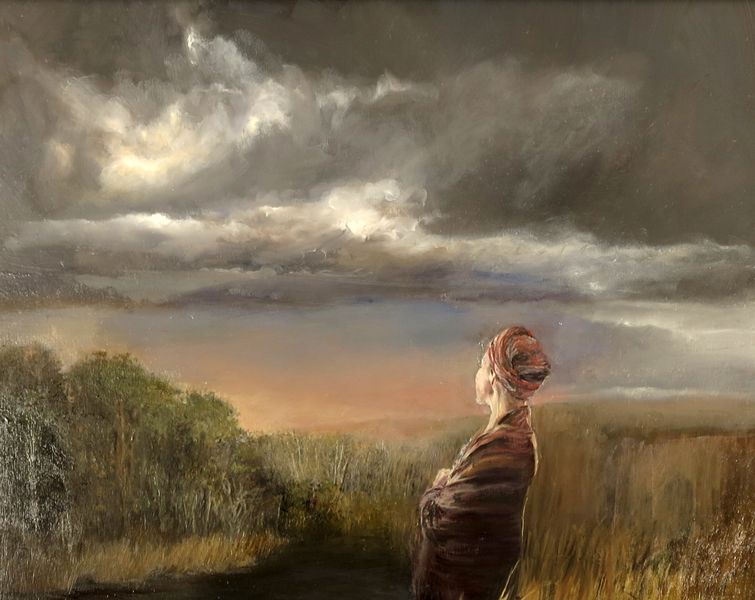 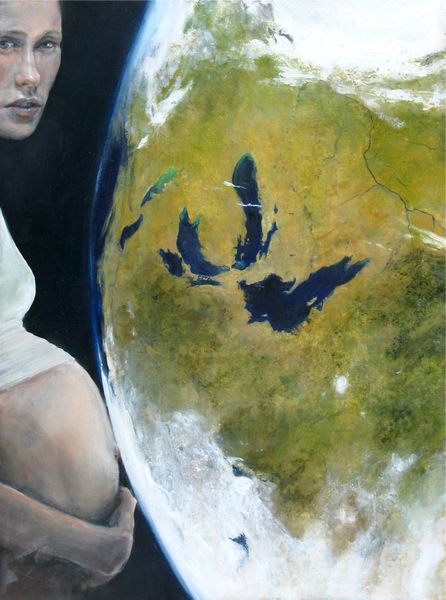 Deanna Phoenix Selene: When I view your paintings, these are survivors I’m looking at.

Judith Peck: Often in the specific you find the most universal. One model can embody the core of human striving. When I’m creating an artwork, I’m looking for that binding power, which is the opposite of mob mentality: our mutual connections. Although we can all become overwhelmed and feel helpless at times, the human spirit also possesses hope, even in the most desperate of circumstances. I think it is part of the full human experience to find oneself in extraordinary circumstances that hone our highest potential. 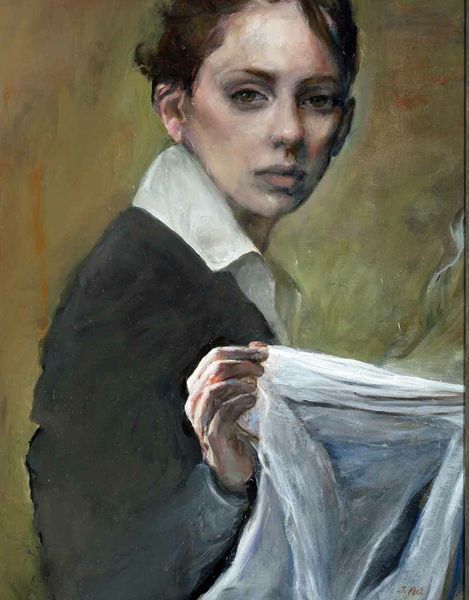 Deanna Phoenix Selene: Most artists I interview tell me that their primary subject is themselves. Is this also true in your case? Are there questions about your own life or past that haunt you?

Judith Peck: Although I might draw on personal life experience, especially growing up feeling like an observer, not quite belonging–something I think quite common with artists, as it allows us the space we need–I think of my real subject being the human interior.  My focus is to explore universal truths. People are fundamentally the same in every culture throughout time; our hopes and dreams have not changed. 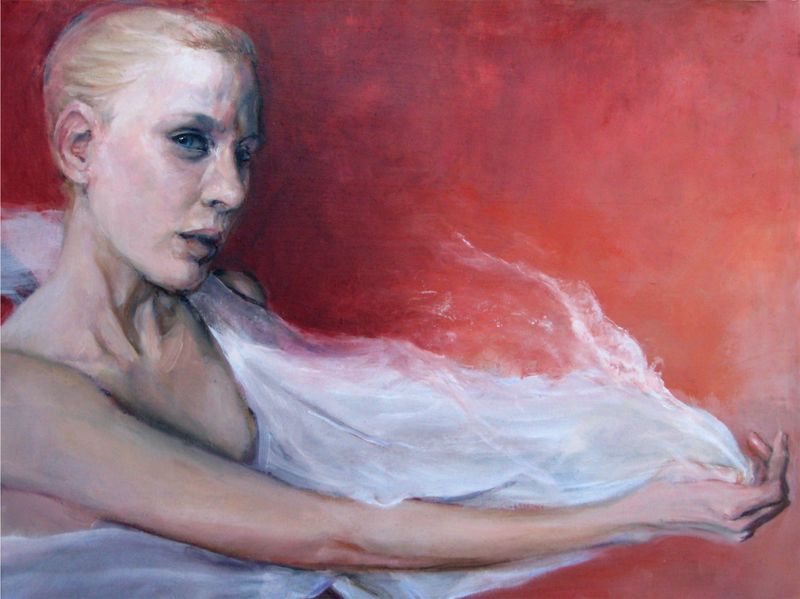 Deanna Phoenix Selene: Does the act of painting afford you answers? Or deeper questions? What do you hope to discover when you paint?

Judith Peck: I jump into a painting with an idea or inspiration, but I’m waiting for the germ of truth to appear. It’s nuanced, and sometimes I run over it or never get there. It is an excavation process, and I look for that breakthrough moment. It is the deeper explorations, the question of existence, the workings of the mind, heart and spirit, that I’m here to explore until the moment I feel a work is complete and that anything I might add is now false and unnecessary. 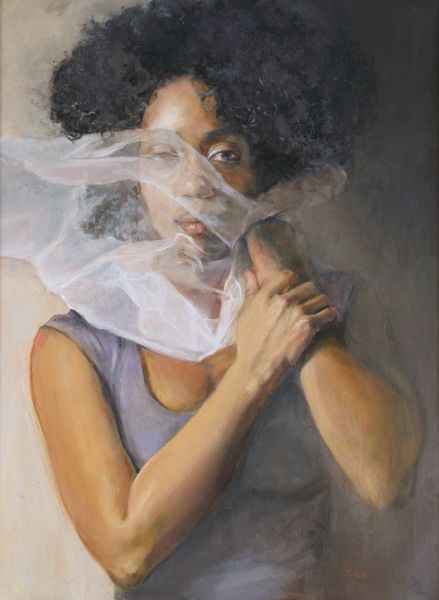 Deanna Phoenix Selene: Is it a different experience to paint women versus men? Do you find that society is not so intrusive into men’s psyches and lives? Do we allow men more privacy? 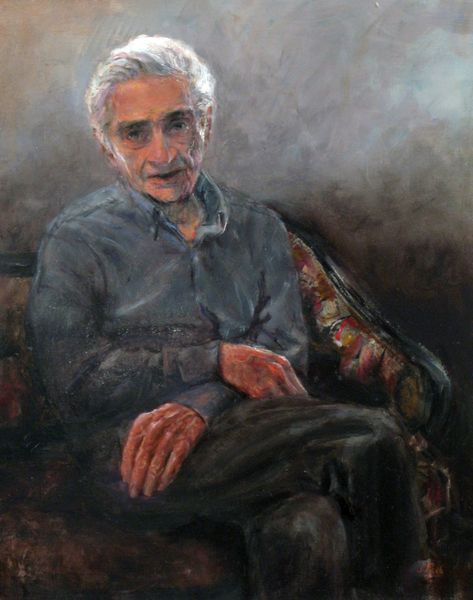 Judith Peck: Maybe because I paint the interior, and men are usually more guarded with their feelings, it is easier for me to observe emotion in women. It just doesn’t work when I’m painting a man. 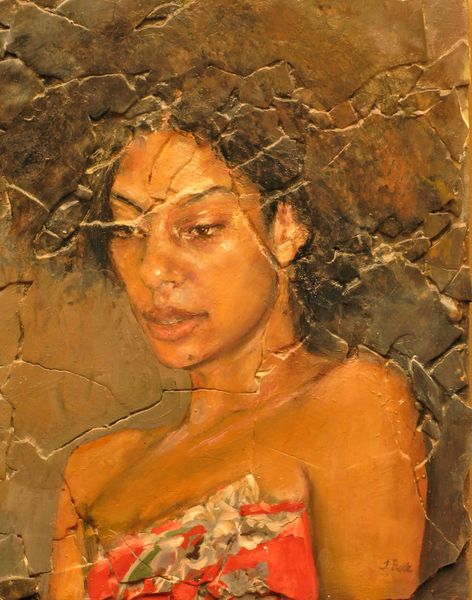 Judith Peck, Alligator Purse, 14×11, Oil on and plaster on birch

Deanna Phoenix Selene: Does spirituality play a role in your work?

Judith Peck: Yes, spirituality is huge for me. However, it is transcendent of any religious or cultural traditions, although I think at the very root, these traditions carry the core of what I attempt to embody in my work: the sense of awe about life and that what is in one is in all.

Deanna Phoenix Selene: The greatest challenge for you as a painter? As a woman?

Judith Peck: I think my greatest challenge has been to keep my life in healthy balance. I still struggle with putting my work ahead of other responsibilities. I have great difficultly truly concentrating on more than one thing at a time, and painting is not just the act of doing it: for me it requires complete immersion. That said, I think having relationships in my life has afforded me the growth as a painter that wouldn’t have occurred any other way. 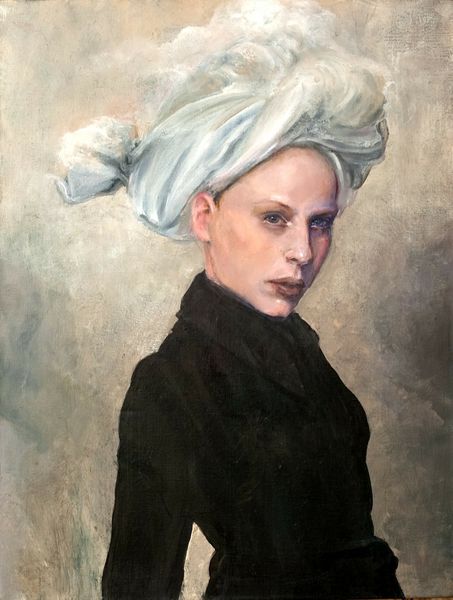 Deanna Phoenix Selene: Can you tell me about Memory’s Eulogy? Would you describe the technique you used to create that textured effect?

Judith Peck: Memory’s Eulogy was originally inspired by the Tom Waits song, “Blue Valentines.” It’s about being haunted by memories. The cracked background denotes a broken world, and the act of being human holds it together. To create the broken background, I used sanded and gessoed plaster shards glued onto a gessoed wooden board as my support and then painted in oils and glaze. 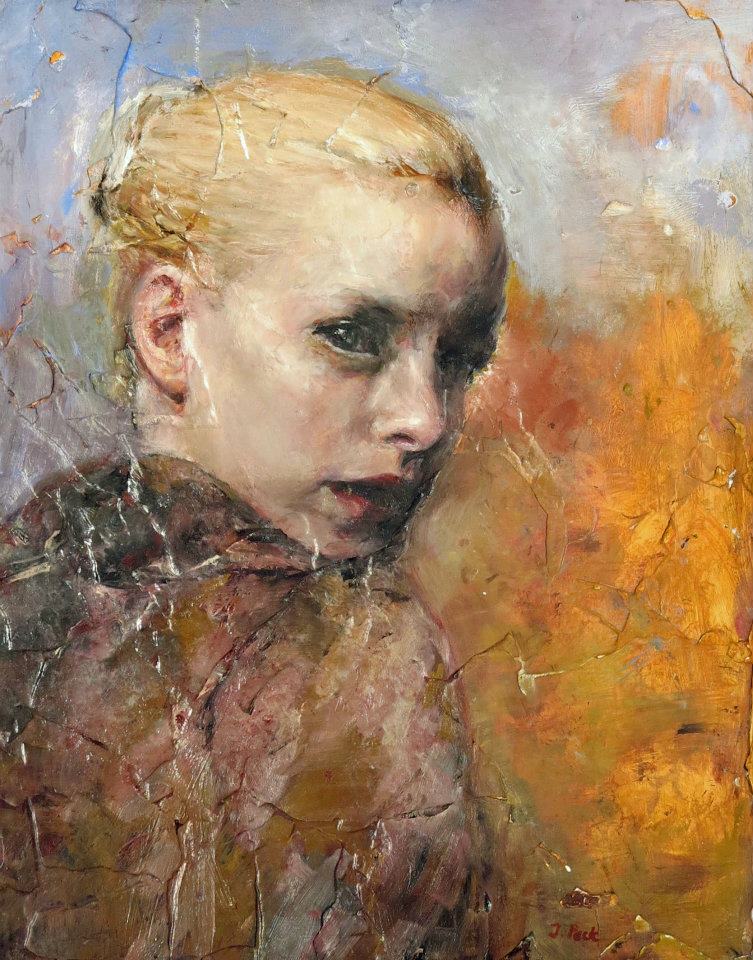 Judith Peck: Painting Spring Hesitates, I was able look at fragility that is tender and emergent.  I felt the model herself was waiting on the edge of hope, and I found this a compelling human drama to depict. 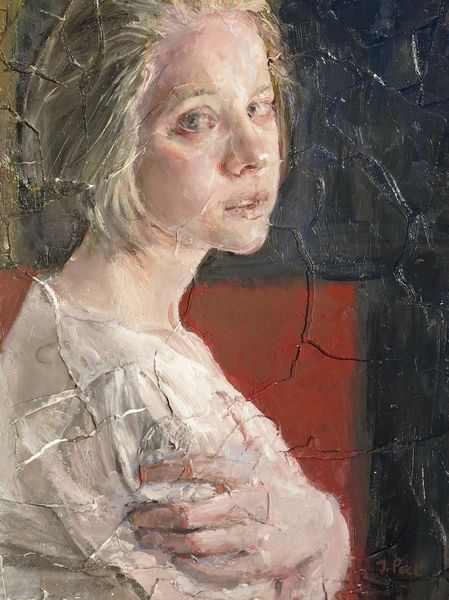 Deanna Phoenix Selene: Looking at your artworks, I imagine you must become quite attached to each piece as you develop them. Has there ever been a piece that was especially difficult for you to part with? Do you ever think about your works after they’ve been sold, imagining their existence in their new-found “family”?

Judith Peck: I do hope each work is cherished where it ends up.  I think about the collector, in what new environment the work might now be hanging, and how it is being interpreted. My piece, Jus in Bello, helped me turn a corner and express something deeper than I had been able to before, so it is a painting I still miss. But I keep it around on my business card. 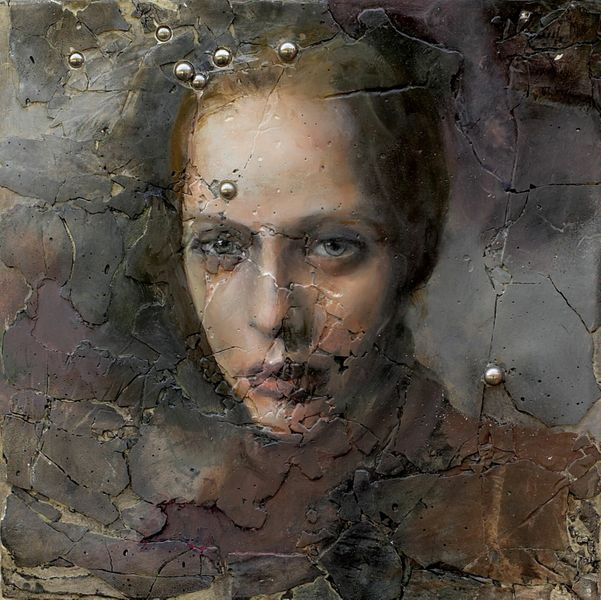 Judith Peck, Jus in Bello, 12×12, Oil and plaster with ball bearings on birch

Further Notes:
To view more of Judith Peck‘s work or to contact the artist, please visit her website at: JudithPeck.net