oday, in a multi-sensory age of high tech apps and appointment juggling, there is something deeply satisfying, even alluring, about an art form that requires a calm and centered mind. In the hands of a skilled artist, from a single sheet of paper, three-dimensional creatures can be birthed, each feeding the waiting imagination that translates those creations into symbols. A crane restores us hope. A jumping frog reminds us that a child lives in us still.

And so the paper sculptures of Vietnamese architect Dinh Truong Giang…

Deanna Phoenix Selene: What is it about the art of origami that captures your imagination so? Is it the idea of making something so complex out of something so simple?

Deanna Phoenix Selene: Did studying architecture enable you to see and explore even deeper with your designs? Are you a practicing architect or do you create your origami full-time?
Dinh Truong Giang:  I am currently a practicing architect (depdesigns.net), working mostly on interior projects in the last few years. Studying Architecture and Art does help a lot (inspiration, composition, proportion, seeing things in 3d). I do want to spend more time with origami and painting, they are my passion. 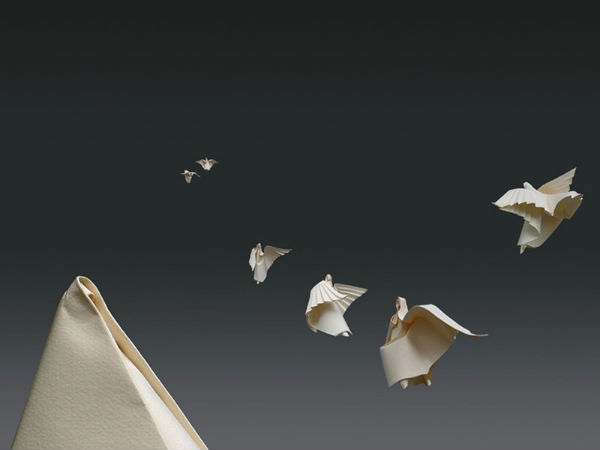 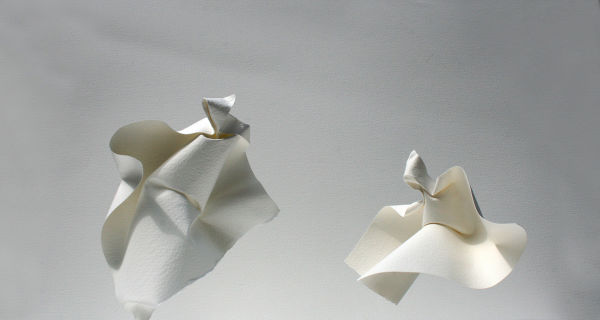 Dance with the Wind

Deanna Phoenix Selene: My son who is twelve will spend hours folding complex origami designs from books and videos, but he insists that he is not creative enough to make something from his own imagination. What advice would you give him?
Dinh Truong Giang: After learning the basic techniques, play with a base, try to modify a design. The same base to fold the dog can make a fox or a cat, for example. I think it is easier to start with modifying simple design rather than complex ones. Have a sketch book, draw and write what you like. Origami is not just about folding.

Deanna Phoenix Selene: When you are out and about in your city, is your mind constantly looking for new sources of inspiration? Are you looking at every structure as a possible future origami design? What are the elements that make for a good design?
Dinh Truong Giang: Inspiration can come from many sources, from modern sculptures to paintings, Zen paintings, graphic design, other origami artists’ works and what I read and listen to, a conversation with my friends or playing with my nieces.
They come along the road you take, sometimes unexpectedly. 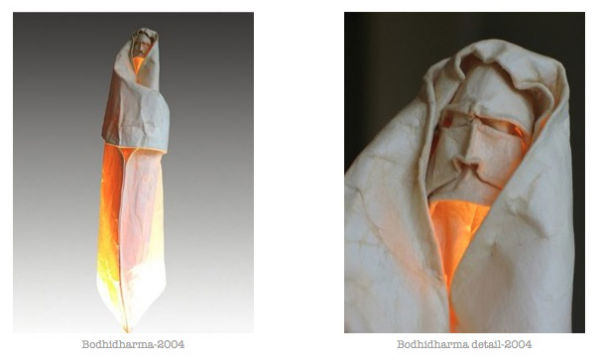 Dinh Truong Giang: To me, a good origami design should capture the essence of the subject, maximize the use of paper and has a clean folding sequence. 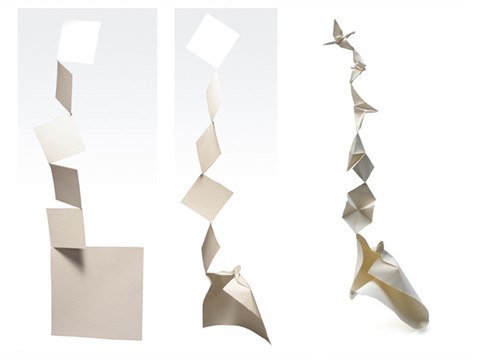 Deanna Phoenix Selene: Do you have favorite designs that were particularly satisfying to create?
Dinh Truong Giang:  I think my Dance series and my Mother and Child series. I like works that have depth and idea behind them.  Same with paintings. People might not see all the layers underneath, but they give depth to the art work.. 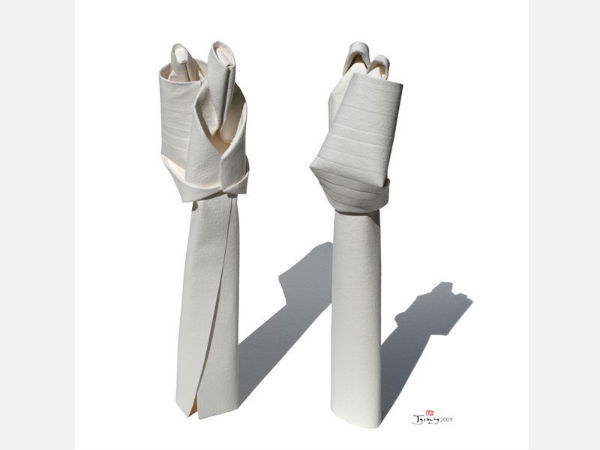 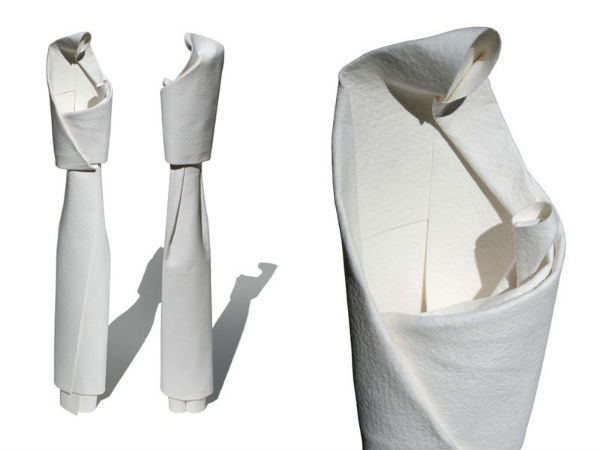 Deanna Phoenix Selene: Can you tell by looking at origami what country the designer is from?
Dinh Truong Giang:  I can recognize some individual styles but I do not think there is much difference now in the Internet age between countries, or even between East and West. 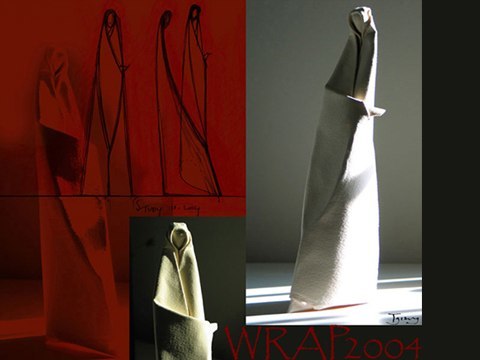 Deanna Phoenix Selene: Which do you find more satisfying: the complex pieces you create or the ones with minimal folds and lines?
Dinh Truong Giang: I do not create complex designs with hundreds of folds. I strive for simple and elegant design. ”Less is More” for me. One of my favorite quotes: “Perfection is achieved not when there is nothing more to add, but when there is nothing left to take away.”  ~Antoine de Saint Exupéry 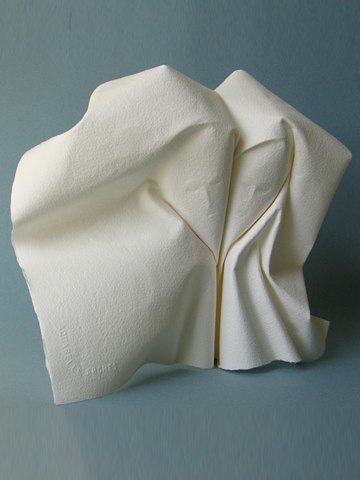 Deanna Phoenix Selene: You do most of your folding with wet watercolor or handmade paper. Can you tell me why this is?
Dinh Truong Giang: Wet folding is a wonderful technique pioneered by Akira Yoshizawa. It allows you to fold thick paper and treat paper almost as clay to softly form shapes. When it is dry, the model will hold its shape very well. Origami equals Paper sculpture to me. 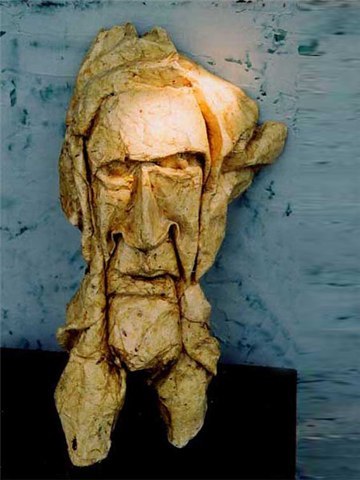 Deanna Phoenix Selene: Do you find yourself going into almost a meditative state when you work?
Dinh Truong Giang:  You can say so. I feel calm and happy when I play with paper. You fold it but also follow it at the same time. You try to become one with the piece of paper. 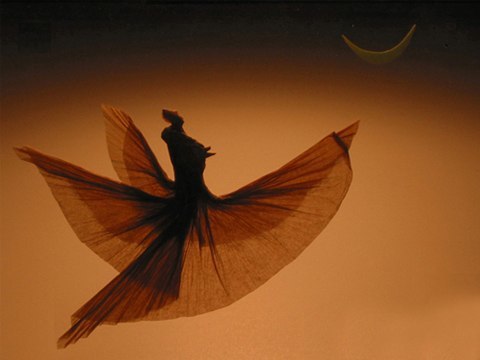 Deanna Phoenix Selene: Are there concepts you are carrying around in your head now that you are working out how you would realize them in paper three-dimensionally?
Dinh Truong Giang: There are a few, like…”Wind.”
Some ideas have been in the back of my mind for a while, and hopefully someday will come out. 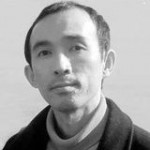 “My parents bought me origami books when I was in 2nd – 3rd grade (about 1973-74). After the war in Viet Nam ended in 1975, we lost everything so I only remember some traditional models. Then we came to the USA. In 1996, three years after graduating from university, I came to the book store and saw the same book that my parents bought me more than 20 years ago (Isao Honda’s book The World of Origami

). I bought the book and started folding again! Then I joined OUSA [Origami USA], discovered more books, came to the convention regularly and saw many nice and inspiring works from folders all over the world.

After about 2 years folding from books, I started to create original origami models.

Be calm and pay attention

A piece of paper