I had seen birth and death but had thought they were different.
~T. S. Eliot 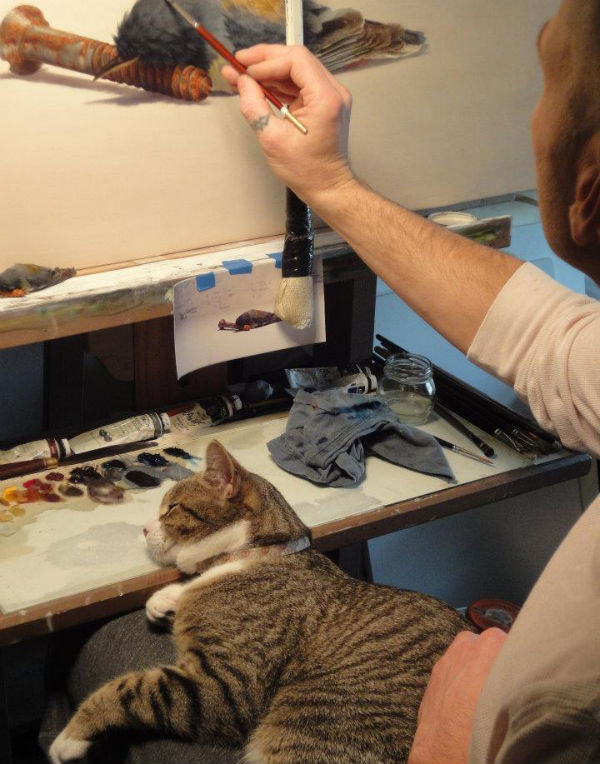 Ajay Brainard at work in his studio.

Deanna Phoenix Selene: In a culture which tends to shun conversations about death, here you are not only acknowledging that death is a part of the life cycle but actually honoring it. Can you tell me what death signifies for you?

Ajay Brainard: If you are speaking about the literal sense of the word, philosophically I assume a naturalist point of view, so to me it signifies the end of the conscious being. I view it merely as the ending of a particular stage and the beginning of a new one. I see death as a process rather than a singular event, and after death, there will be a transformation of organic material into many other forms. Even the man-made objects that I include in many of my works were once a part of another existence. These objects have been created by humans from natural materials, used in that particular shape for what is essentially a brief moment, and then discarded, where they will continue to change into yet another form. I am attempting to capture and pay homage to a specifically beautiful phase of my subjects’ time.

Ajay Brainard: That being said, the emotions that are associated with death are numerous and can mean various different things to us on an individual level. I attempt to use death not only as a literal condition, but metaphorically and symbolically in my art as well.

[quote]My paintings are an exploration of my inner self and speak to the feelings and emotions that are related to the experiences of life. They are not purely portrayals of death; they are windows into my soul.[/quote] 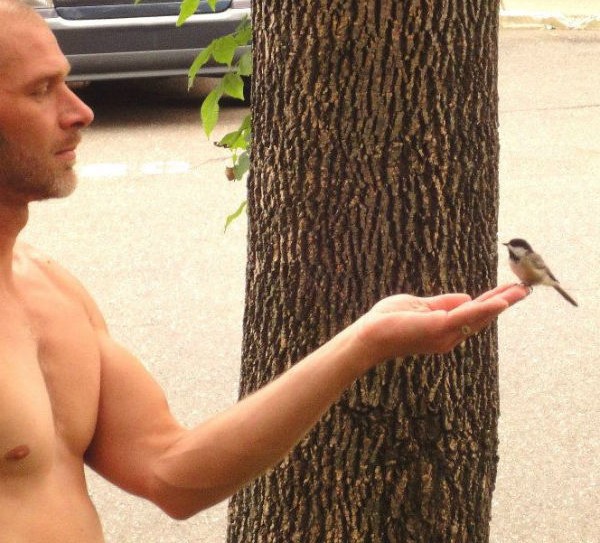 Deanna Phoenix Selene: How did death first enter your awareness? Has your relationship to it changed over the years?

Ajay Brainard: One particular moment that has had a profound impact on me was holding my cat in my arms as he stared into my eyes and took his final breath. It was one of the most sorrowing and peaceful experiences that I have ever felt. 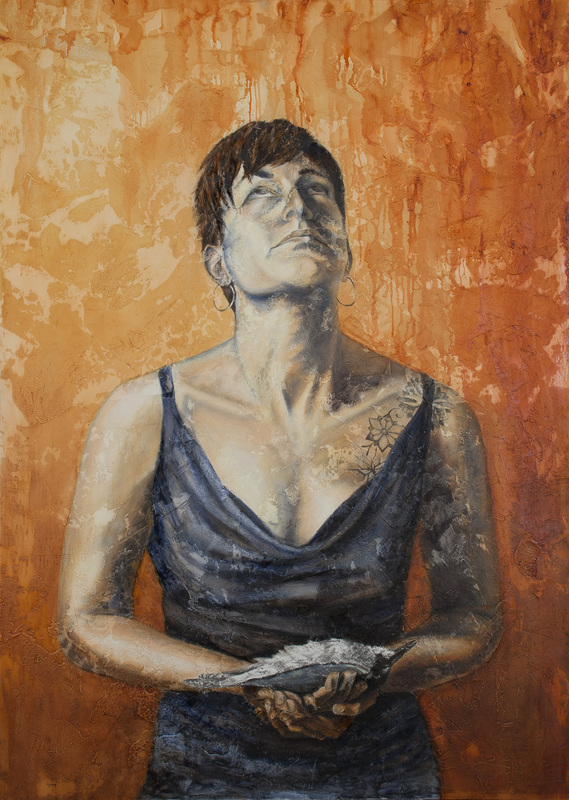 Ajay Brainard: Yeah, my relationship with death has definitely changed over the years. Many people find great comfort in their faith, but I was raised without any religious belief or practice. I find my solace and peace within nature and the ways in which the natural world functions. I expect that as I continue growing older, my relationship with death will be constantly deepening. 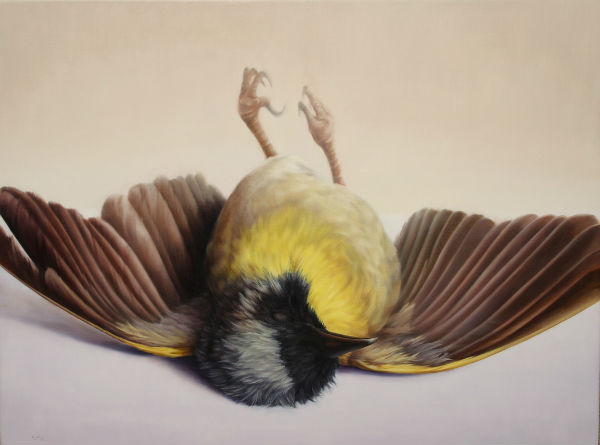 Deanna Phoenix Selene: Do you feel that other species have a healthier relationship to death? Have you found that those cultures which have a closer relationship with nature experience less fear around dying?

Ajay Brainard: Yeah, unfortunately part of being human is that we are conscious of the reality of death and that truth haunts us throughout our lives. [quote]Fear of dying plays a major role in our lives and decisions. Sadly, a major part of our economy revolves around capitalizing on and reinforcing those fears. I certainly believe that having a closer human-nature connection improves on our awareness of natural transformations and can alleviate some of those fears and anxieties.[/quote] 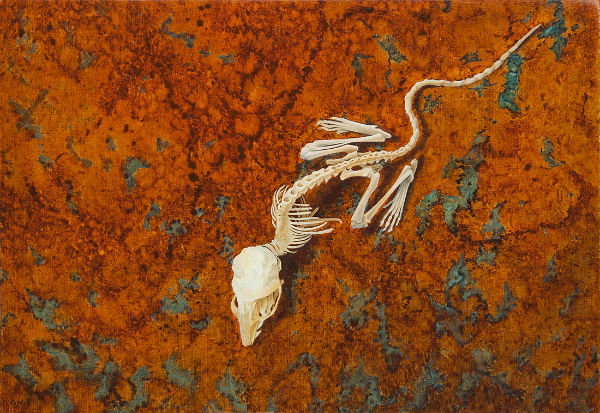 Deanna Phoenix Selene: What is to be benefited from bringing death more front and center in our lives?

Ajay Brainard: Philosophers throughout time have debated and disagreed on the subject of death. Regardless of which position you take, the reality remains. Death is something that is certain and it will happen with or without our acceptance. [quote]As a species we tend to correlate positive thoughts to the word “living” and negative connotations to “dying”. But in all actuality, they are one in the same. One can reason that from the moment of birth, death has begun.[/quote] Acknowledging and gaining a better understanding of our emotions and feelings are essential to healing and improving our well-being. How are we to overcome the dread and anxiety connected to dying by not taking part in that conversation? It can also be conceived that the prospect of death brings a certain appreciation and recognition of the gift of life.

Deanna Phoenix Selene: How did you start collecting these objects such as the dead birds and animals’ hide, snakeskin? Do you have favorite “hunting grounds”? Or do these remains just sort of find their way to you? 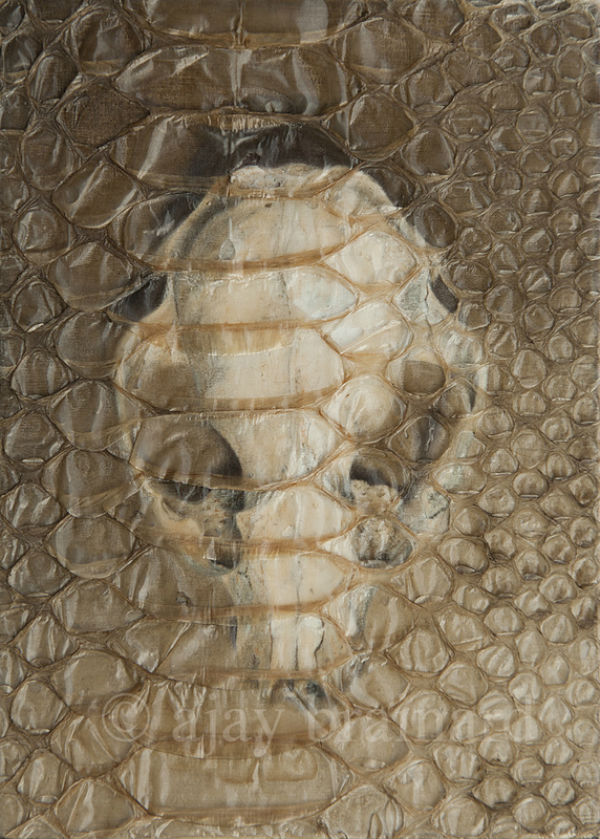 Ajay Brainard: I was intrigued by natural objects and began collecting them at a very young age. Even everyday finds such as rocks, tree bark, bugs, acorns, shells and feathers fascinated me and I could not part with them. I would bring them home, study them and even make unscientific feeble attempts at categorizing them. [quote]Anything that was once a part of something or had an aura of history appealed to me. Throughout my youth and still to this day this process of transformation captivates my attention and thoughts. Things that are in a process of change such as rotting wood, rust, a seed just beginning to sprout or a leaf that has decayed to a point in which it is completely see through.[/quote] 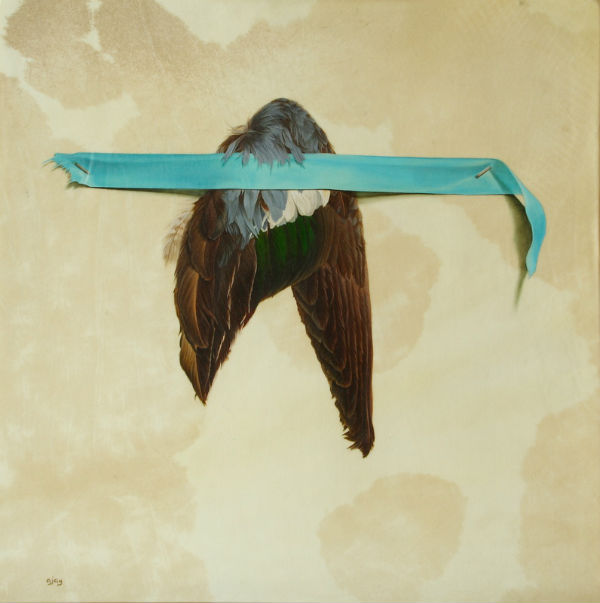 Ajay Brainard: These objects do just sort of find their way to me. If I happen upon something and it enthralls me, many times without an understanding as to why, I collect it and examine what it is about that object that speaks to me. I presume that there must be a reason for this encounter and I am willing to explore what that is all about. [quote]Many people in my life now bring me objects or tell me where they saw some road kill. With several of the birds, it’s almost as if they find me. I even had a bird die while on a feeder in my yard. It was as if he was giving his physical body over to me, begging to be painted. To commemorate the end of a painting, the specimens are then given a proper burial where they can continue their natural journey.[/quote]

Deanna Phoenix Selene: Can you describe what it is like for you when you encounter one of these items in your explorations? The emotions that run through you?

Ajay Brainard: The complexity of emotions that surge through me is difficult to describe. There is a duality. There is the excitement related to finding a treasure and sheer joy that I have been given a gift. And then there are the emotions of extreme sorrow and even anger. 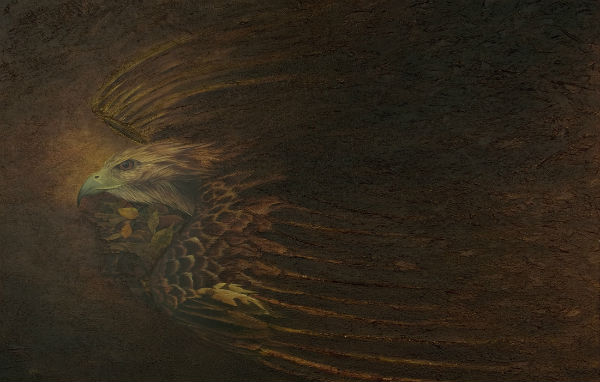 Ajay Brainard: I cherish the opportunity to have this extraordinarily intimate time with an object and at the same time, there is a distance.[quote] If the object is a dead animal, the encounter is extremely one-sided as I am the only one who is consciously experiencing the moment. If it is a material object, there is an unknown history linked to it that I can only imagine. I feel it is a privilege to have been given this chance to experience an object for all that it is, was and will become.[/quote] Of course, as the painting progresses and I correlate the object with the concept or feeling that I am attempting to expose and express, the emotions that are embodied through the object only compound.

Deanna Phoenix Selene: What is the process you go through turning a found object into a work of art? What guides you? 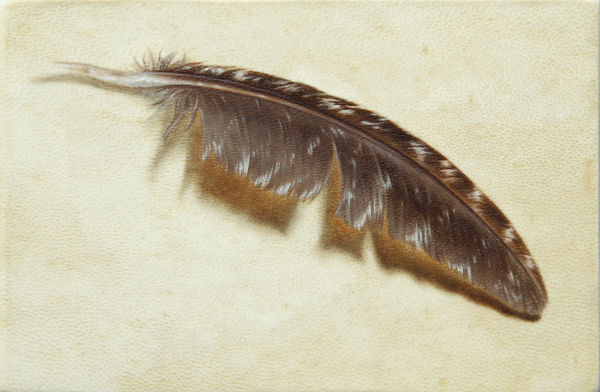 Ajay Brainard: My process as an artist may be a bit unorthodox, but it’s what works for me. I do a lot of therapeutic writing about my personal emotions, fears, desires and anxieties. Where most artists tend to work out their ideas through sketches and preliminary drawings, my writings become my sketchbook and the catalyst for my paintings. Like actors on a stage, I combine objects and move them around until I get the same emotion that I had when I was writing about a particular thought or feeling.

I’m not quite sure what guides me, but I simply trust my own instincts and gut feelings. It is essential that I completely experience the actual specimen or object that I will be painting. I need the intimacy in order to engage all of my senses as I become familiar with their tactile and intangible qualities. Something happens at some point where the objects transform into representations of something or someone momentous in my life. From that instance forward, they become so much more to me then the physical objects that they are.

Ajay Brainard: For the most part, I have been surprised by the reception of my work and that so many individuals can relate to it. The most rewarding aspect of creating is when a viewer can identify with and is moved by an image. I have had individuals come to me in tears because a painting has touched them. That is the greatest compliment that I can receive. 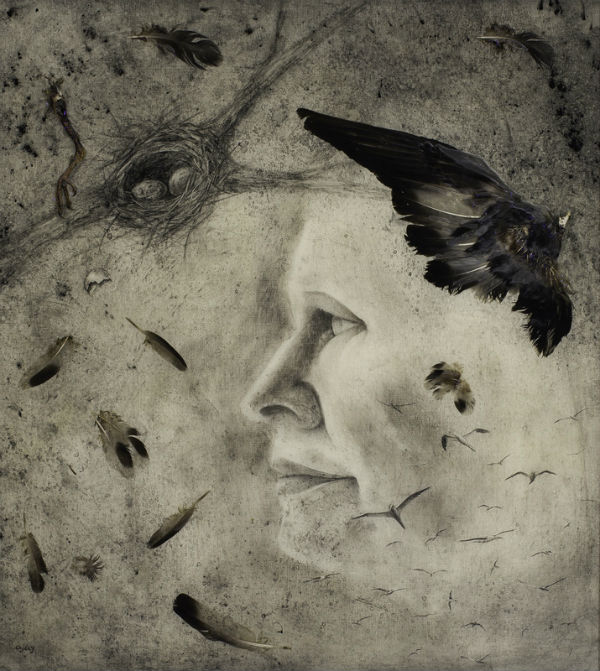 Ajay Brainard: I have also received some very negative comments and assumptions not only about my work, but about my character as well. [quote]The greatest misconception being that I am all about the glorification of death. Nothing could be further from the truth. In reality, my paintings are about life and make reference to a variety of diverse feelings that we all experience and can relate to. I like to refer to my paintings as “autobiographical narratives” as I am sharing a deep and personal thought or moment in my life. [/quote]I encourage the viewer to create their own narrative within the work as well. I aspire to create works of art that not only speak to and honor the beauty of an object, but also provokes a dialog and evoke sentiment. I welcome all responses, be it positive or negative; I just invite the viewer to feel something.