It’s the rustic stones that most capture Betsy Bensen‘s imagination: 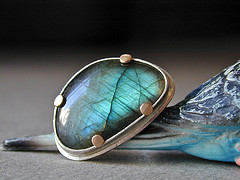 “I love working with freeform pearls, fossils, agates and jaspers. They have the most personality, more character than what we typically refer to as ‘precious stones,’ which to me, look pretty much one just like another. Whereas with these,” Betsy pauses to show me one of her recent acquisitions, a petrified Sequoia. “Each one is unique. Each has its own little story.”

The combination of different minerals and stones, says Bensen, “that’s what makes it interesting. Or within a stone itself, like with the fossilized dino bone, there are so many hues, interesting colors and patterns.” 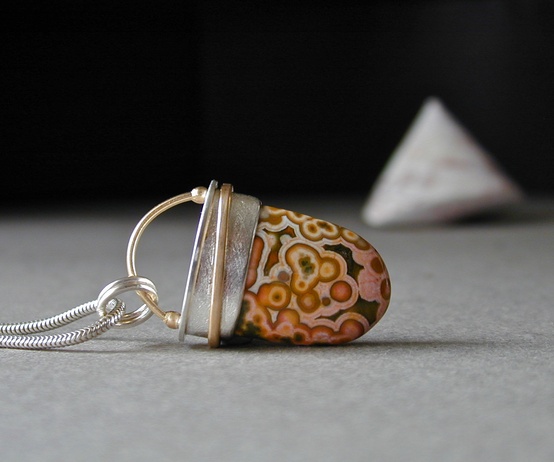 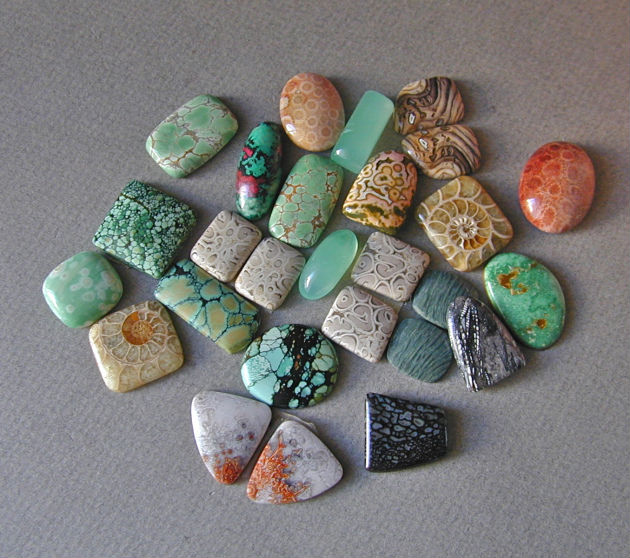 A sampling of the artist’s stones, which, in Betsy Bensen’s hands, will soon become one-of-a-kind jewelry. 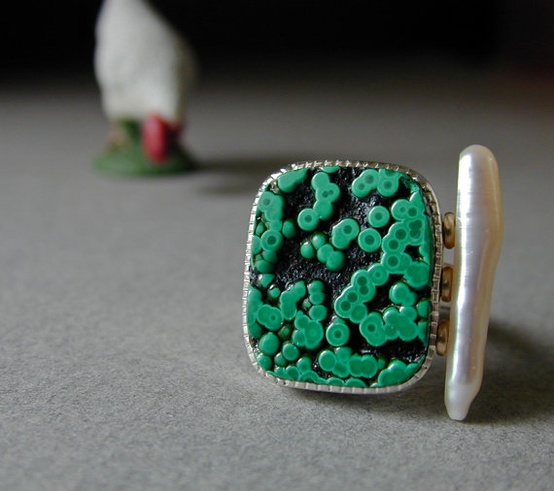 We are at the artist’s home, in a suburb just outside of Portland. It’s taken my daughter and me over two hours to drive up to meet Betsy at her studio, but it’s a visit that’s well worth the trip. 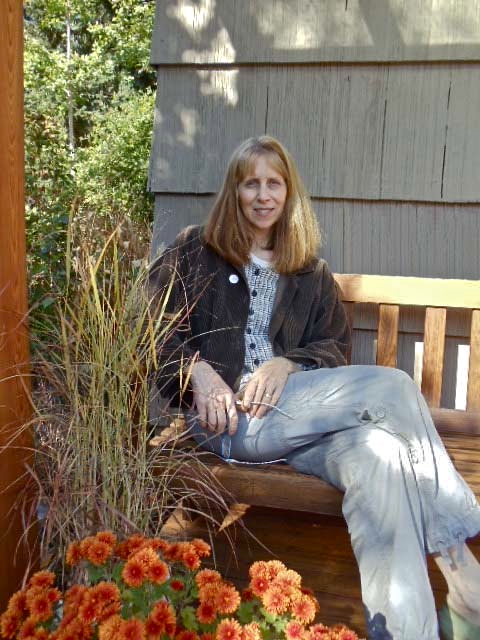 Betsy Bensen at home in her Oregon studio

For Bensen, who identifies herself as a “bench jeweler,” and holds a degree in Art History, it’s all about the exquisite simplicity of nature’s design and her skill at creating in harmony with the natural line, hue and luster.

“When I think of Oregon, I think of the woods and natural, earthy designs that are honest and unaffected yet elegant at the same time.” 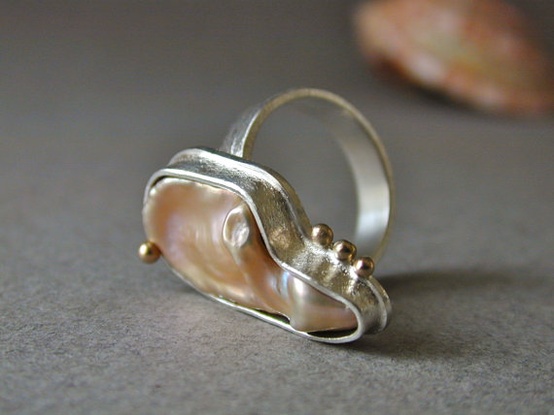 There is a definite partnership here. A dance with these miniature landscapes which engages the eyes, imagination, heart and hands of the artist.

And, as I discovered when Betsy led us down the rustic wooden stairs to her tiny studio: hers is a wholly private, meditative practice, with usually only her music, progressive talk radio or books-on-tape to bear witness.

“It’s like the perfect world,” she tells me, “when I’m listening to music and making jewelry at the same time.”

But today she shows my daughter and me cufflinks she has fashioned out of fossil fern wood, then a ring just completed for a client, a commissioned work the woman is gifting to herself. 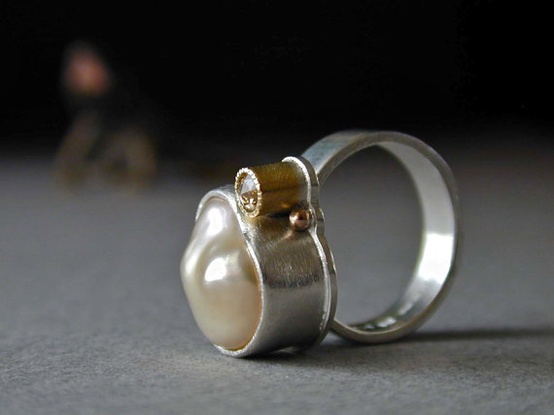 One sees why Betsy gets so excited about her work. Each stone feels like a gift from the universe.

Or more precisely, from Oregon and Arizona, where local stone cutters, dealers who understand Bensen’s special affection for rustic beauty, hand-select stones for the artist, then ship them at monthly intervals to Betsy’s studio. “It’s very dangerous when those packages arrive,” she says with a grin. Each delivery like a mini Christmas. “Last time someone sent me a parcel of rose-cut diamonds. I ended-up buying the whole thing.”

She showed us a large tub filled just with stones from Africa. I can tell my daughter is aching to finger through them, as also, I have to confess, am I. There’s something so tactile, so sensual about the feel of a smooth stone in one’s hand. And then, on top of that, the marvel for the eyes.

I ask Betsy what is the most unusual element she’s ever worked with.

“I think the Hell’s Canyon petrified wood is some of the most interesting, partly because it’s a bit rare; there’s not that much of it in circulation.”

When she was a student at the Oregon School of Arts and Crafts, studying jewelry-making, Bensen and classmates would go on digs in nearby, Lebanon, Oregon. “That was a lot of fun,” she says. 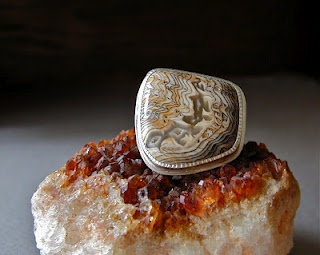 I asked her then to explain to me, in layman’s terms, what happens next, after a stone is selected.

“The method I use to create my jewelry is called, ‘fabrication,'” says Bensen. “ I use tools such as saws, pliers, hammers, and a soldering torch to manipulate the metal, as opposed to carving wax and melting the metal for casting.” 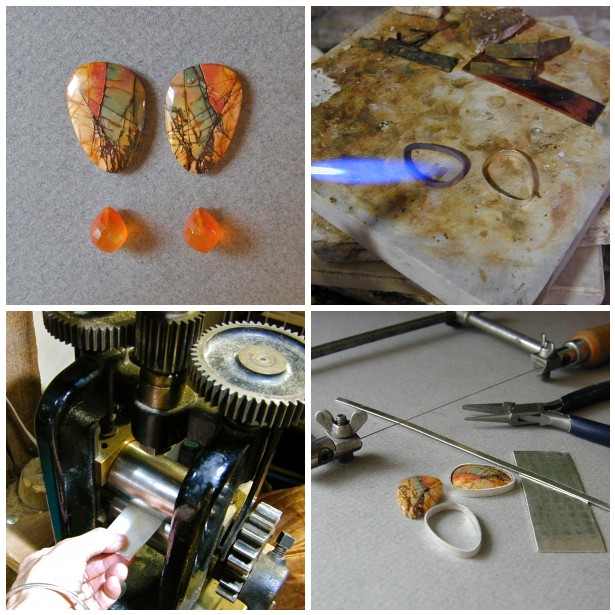 “In addition to the non-precious and semi-precious stones in my pieces, my raw materials are sterling and gold sheet and wire.” 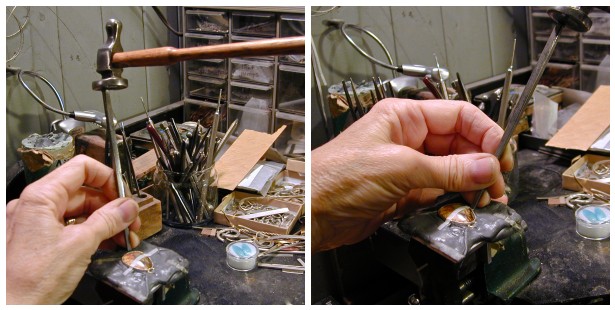 “Usually, I begin by eyeing a stone or a pair of stones that I’d like to use, then I develop a design around them. Over the years, my design sense has become somewhat minimalist, in that I really want the stones to take center stage. I’ll take the cue from the stone, then work the metal so that it brings out the most in a piece, but I won’t upstage what nature created. My goal is to keep the design simple and elegant and the quality of the workmanship high.” 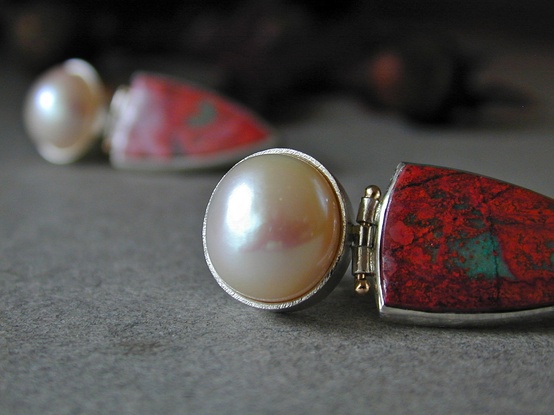 “I like to have a large selection of stones and pearls at hand so I can find interesting combinations to work with. They are what drive my jewelry designs. My pieces are a bit more substantial, especially in the case of rings.” 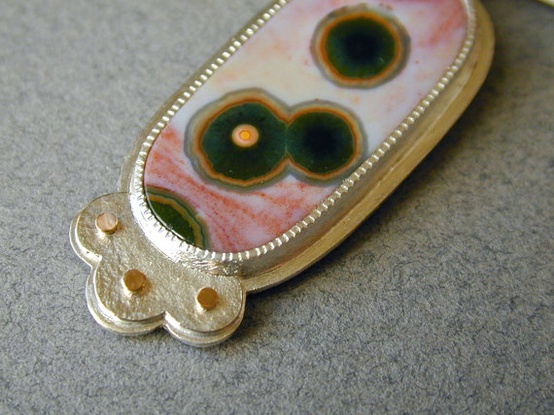 Because there is often music playing while she works, Bensen says that afterwards, whenever she encounters that piece again, “I’ll remember the precise music that was playing when I made it, which you know is really lovely.”

The best reward though, Betsy says, and what motivates her the most while she works, is envisioning a piece being enjoyed. “I make objects that I like and wait for the right person to like them too. It’s really fun when someone connects with a piece. Sometimes a woman will try one of my pieces on, and it looks like it was made especially for her. When that happens, it always takes my breath away.” 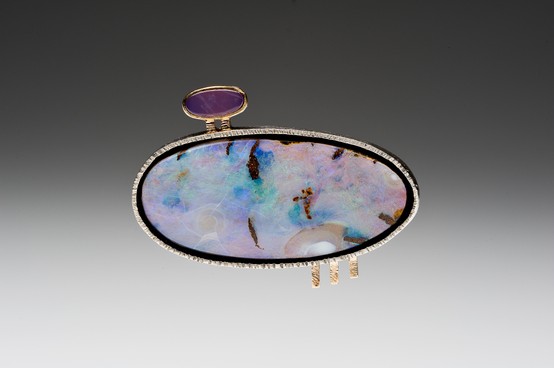 “It’s very, very satisfying when someone connects with something you’ve created.”

View Bensen’s work “in person” at any of these fine Oregon galleries:

And at her Etsy shop at: betsybensen.etsy.com

To see a step-by-step illustration of Betsy’s jewelry-making process, click below: 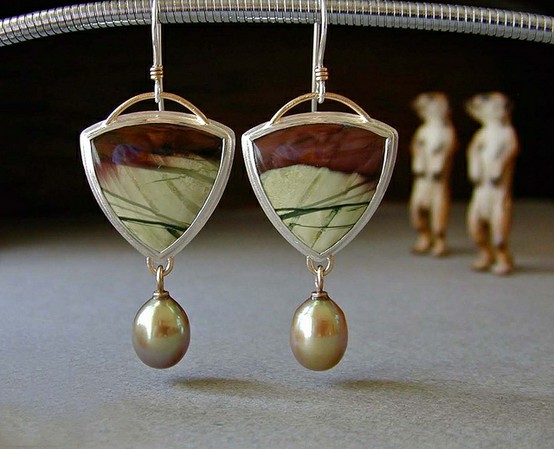