Spend time with a piece created by the insanely talented Aron Wiesenfeld and you’re likely to recognize a bit of your own psyche in that meticulously realized narrative.

Maybe it’s that nagging feeling that despite the momentary calm in your life at present, another storm is already brewing.

Or perhaps it’s a faint but lingering memory of that time you got seriously lost and ended up far from familiar territory. Weren’t even sure you’d ever find your way back.

It could even be something far more amorphous ~ concerns or fears you weren’t even aware of harboring ~ until you encountered Aron Wisenfeld’s ominous works and suddenly all comes tip-toeing back again.

And if that’s the case, I suspect that Aron would say that’s a good thing. Because isn’t that one of the great gifts of art? To connect us with the full spectrum of what it means to be deeply engaged in life. Even when that murky stuff sneaks in. Yes, maybe then most of all. 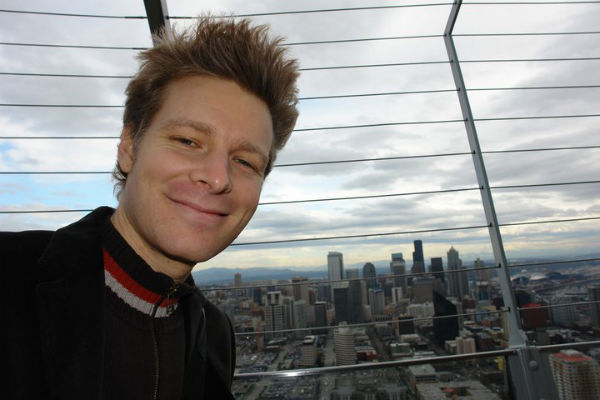 Deanna Phoenix Selene: Aron, there’s a sense of impending peril throughout your work that resonates deeply with so many. Such a universal experience, isn’t it? That feeling that despite all outward appearances of safety, even serenity, still, there’s this sense of persistent foreboding, as if danger lurks just beyond. Do you think this is a statement about the time we are living in? And if so, what role can art play in times such as these? 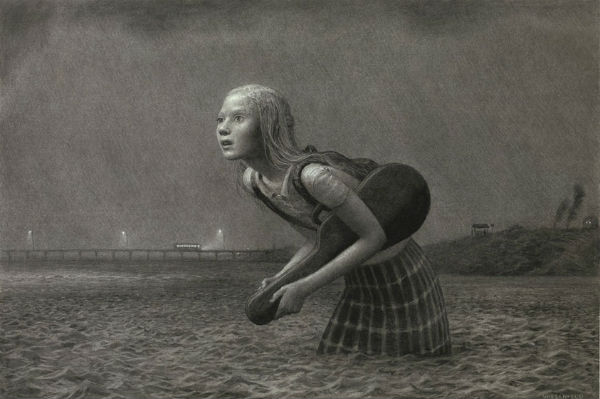 Aron Wiesenfeld: I never thought of it that way as far as my own work, because I always felt that it came from very personal emotions and experiences, but of course like anyone, I’m shaped by the era and larger events. I do feel that sense that you are describing of looming foreboding in the world in general. It’s impossible for me to say if that feeling is neurotic or real, or just seems real because of the speed of information now. Perception is always subjective, but art is a way to see from a different perspective. I guess it’s appeal has always been the telepathic aspect: that you could see through someone else’s eyes, or feel what they feel, and from that, one might feel less isolated, or be inspired. As far as work being made now, I almost never have those experiences when viewing art in a gallery, I’m far more likely to have them when reading a novel. 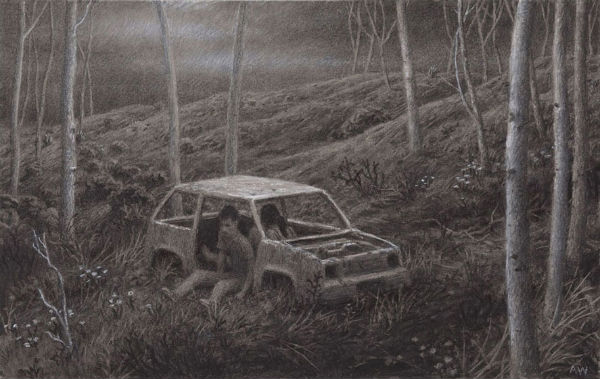 Deanna Phoenix Selene: I can see how that is for you, yes, as your paintings are stories first and foremost. Did you read a great deal as a child growing up? Were books escape for you or did drawing afford you this? Who were your favorite authors? And now?

Aron Wiesenfeld: The first books I loved, besides comic books, were fantasy. I still love them. My favorite authors were Raymond Feist, Heinlen, Stephen King, Asimov. My favorite novelists today have a lot of fantasy in them, like Murakami, Atwood, and Garcia Marquez. Fantasy by definition is an escape, and it was a way for me to avoid difficult situations and emotions in my adolescence; however, I don’t think of reading as escapism. I think the activities of daily life are more commonly an escape from difficult or strong emotions. It’s in literature and art that one can usually come into more direct contact with those things. That’s why art is so fascinating. Even fantasy books, ironically.

Drawing was a little different. It was an effective way to tune out the world, but it was also where I found a sense of achievement, and identity. In high school, I treated drawing the way athletes treat their sport, like, how good could I get at it? That’s the way it was for me in the beginning, not as a means of expression, but a technical accomplishment to impress people. 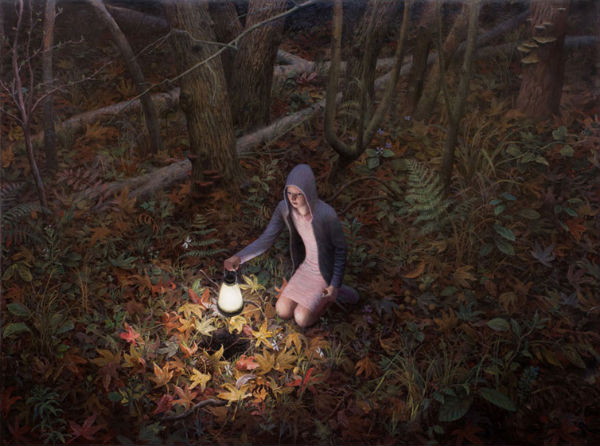 Deanna Phoenix Selene: I love this, yes. Art as a means to look directly at the messy stuff ~ our fears, disappointments, regrets, impossible wishes ~ but it also gives us a back door entry, doesn’t it? Allegorical tools that at once put us intimately in contact with those emotions and experiences, yet at the same time provide a sort of distancing or protection by giving us an alternative language, a filmy costume of sorts to dress them up in. Would it be intrusive of me to ask you what are some of the fears your characters are expressing for you? What are the dangers you are warning us or yourself to watch out for? (Presuming it’s not already too late.) I read that you grew up in Santa Cruz, California. Were you living in Santa Cruz then during The Big Quake?

Aron Wiesenfeld: Yes I was in Santa Cruz during the earthquake. It was a big deal at the time. Were you there?

Deanna Phoenix Selene: Yes, a very big deal. I was working in San Francisco at that point, assistant producing an independently produced television show at the time, “California Working.” We profiled the quietly heroic lives and struggles of blue collar workers. So we did a piece featuring those whose job it had been ~ the emergency workers ~ to rush in underneath the collapsing Cypress structure, and use the jaws of life to try to wedge people out of their cars. But it was watching the news footage of the devastation to Santa Cruz that brought me to tears. I understand much of the quaint infrastructure that made the town so unique got destroyed. Was so devastating to me, actually, that to this day I have never been able to go back. Didn’t want my memories to be replaced. So now you know what a sentimental wuss I am!

How did the devastation affect you? Your sense of permanence? Of what could be depended upon and what could not? 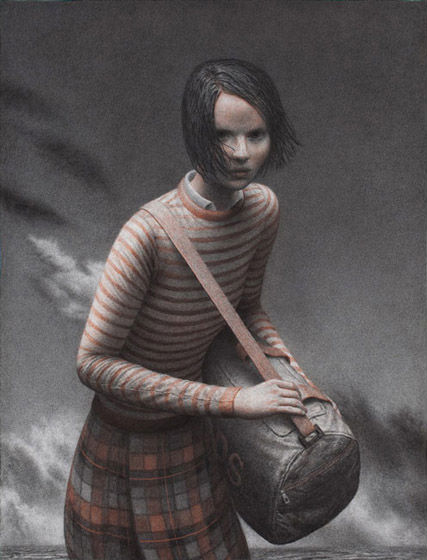 Aron Wiesenfeld: I remember that bridge that collapsed in San Francisco. But I agree with you, the destruction to downtown Santa Cruz was much more personal. So many of my childhood memories happened in buildings that fell down in the earthquake. I can understand why you wouldn’t want to go back, that area is really different.

You hit the nail on the head when you asked if it affected my sense of permanence! If you can’t rely on the ground to be stable, it calls everything into question. That feeling was fleeting, but I think it’s an apt metaphor for how I felt as a young person. 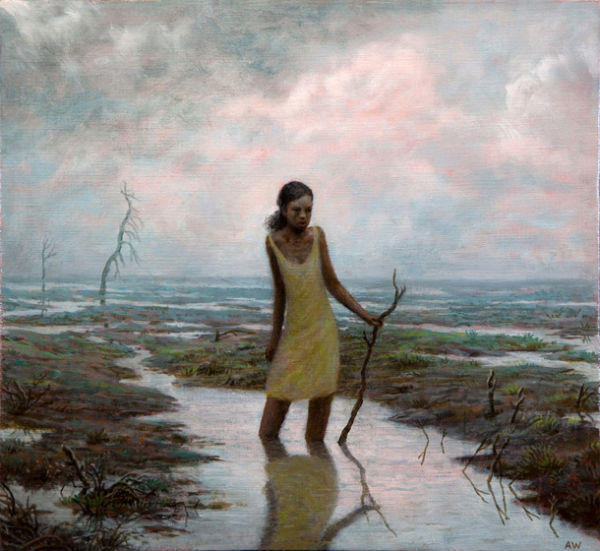 Aron Wiesenfeld: In response to what you said about art allowing us an indirect way to access more difficult emotions: Yes, that’s a good way to put it. The viewer can have powerful experiences vicariously, but the viewer’s position is also a little bit detached. The artist’s experience is anything but. It’s so intimate for me that I’m usually a bit stumped when someone asks what a piece means. Maybe I can’t see the forest from the trees. Part of it is that painting is an emotional response to an emotional stimulus, so putting it into words is to use a very foreign language. When I try to describe what a piece is about, the words just sound wrong and pointless to my ear. 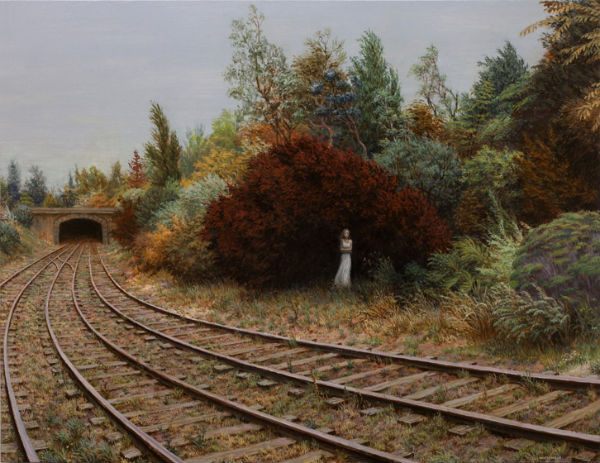 Deanna Phoenix Selene: So for you, the sketchwork comes even before an idea fully transfers from subconscious to consciousness? You’re not entirely sure what you are drawing or why, but somehow a scene with a fully formed storyline just begins to take shape? What happens when you have an idea clearly plotted out before you even pick up your pencil or paintbrush?

Aron Wiesenfeld: I do a lot of sketches, 99% of them are really bad. When I’m in a sketching mood, I kind of feel like a detective who has to run down all the leads, even though most of them are dead ends. It’s like it’s my duty to draw any idea that comes along. A lot of editing of ideas happens at that stage, before I start a painting. When I have a sketch that I like, it’s usually a scribble that took 5 minutes, so fleshing out a finished painting from that means I still have to make most of the decisions while painting. 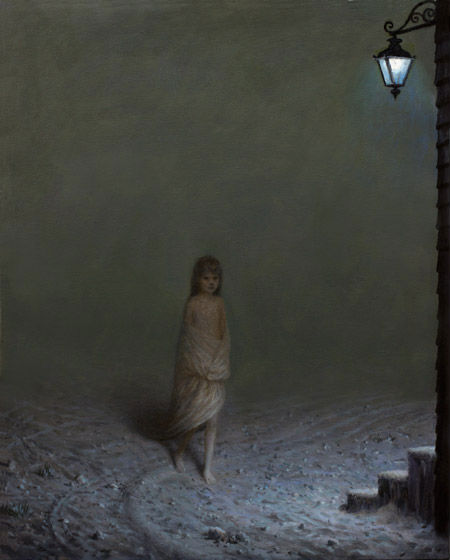 Deanna Phoenix Selene: I think many will find consolation in hearing this, even as you are also reminding us that there truly is no shortcut to achieving your level of excellence.

Now, to change focus a little bit: I’m also curious about the soundless quality of your works. As if all of life, even in these moments of crisis, has been temporarily suspended. As if both they and we are afraid to breathe. I’m curious to know: Are you yourself sensitive at all to sound? 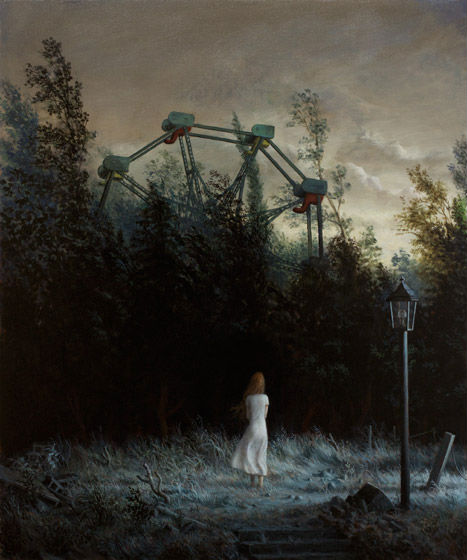 Aron Wiesenfeld: I’m only sensitive to unwanted sound. My work life suits me well, being alone and quiet for most of the day. I can’t imagine working any other way. I work in a noisy neighborhood with a lot of bars and clubs, but the studio itself is on the third floor with no immediate neighbors, so it’s very quiet. Walking out at night to drunken revelry after a day of meditative work always shocks me out of that sate of mind. It can almost induce a panic attack. 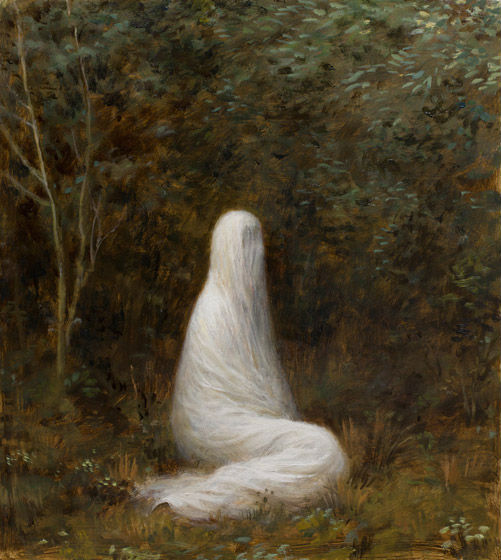 Deanna Phoenix Selene: You mentioned you’ve considered illustrating a children’s book, but fear that people might consider your drawings too dark and terrifying. Actually, I think it is the nature of children to imagine and wrestle with darkness…to place themselves in imagined peril, and then to consider how they would get free. If you were to illustrate a book, would there be a happy ending? What kind of story would you want to make? 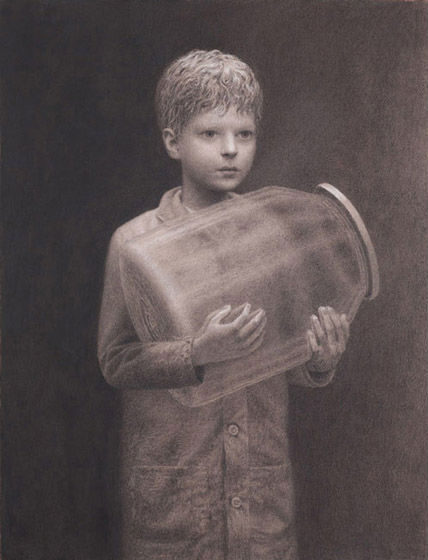 Aron Wiesenfeld: Making a story of sequential images feels like a logical extension of my current work in a way, though I don’t know if my interest is in actually telling stories, or just suggesting them. I wonder if a story like that would be too self-contained. It’s an idea I want to experiment with. Children’s books don’t hold much interest for me, there are too many restrictions. 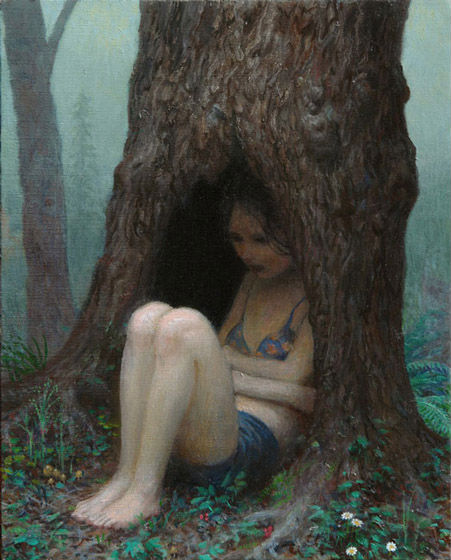 Deanna Phoenix Selene: Are there themes you haven’t explored yet that still whisper to be examined?

Aron Wiesenfeld: I really just want to be surprised by my future work. That’s what I love the most about doing this. 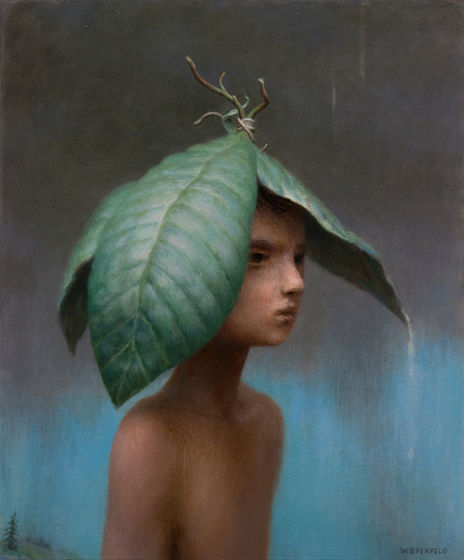