It happened quite naturally. I liked to quote lines of poetry for them. Once when we were visiting the Atlantic coast and watching the waves crash and the sea spray spouting up, I quoted a favorite line from Hart Crane’s poem, “The Dance”: “what laughing chains the waters wove and threw.” My children never forgot that. Several years later, when looking at another wild body of water, they would remind me of that same line.

Another time, we were in Kentucky and saw these incredible horses in the countryside. It was a spring day and the sun was shining and the horses looked like storybook creatures grazing mythic pastures. The famous line from James Wright’s poem, “A Blessing” came to mind:

Suddenly I realize
That if I stepped out of my body I would break
Into blossom.

My son and daughter responded with great delight and the usual questions: Was the line mine? Who wrote it? What did it mean? I explained that it was about experiencing joy in all things. They liked that answer.

Once, walking in a forest, we saw deer at the edge of a pond. I had just been reading Stephen Mitchell’s translations of Rilke, so back home I shared Rilke’s beautiful poem, “The Gazelle”:

Enchanted thing: how can two chosen words
ever attain the harmony of pure rhyme
that pulses through you as your body stirs?
Out of your forehead branch and lyre climb,

and all your features pass in simile, through
the songs of love whose words, as light as rose-
petals, rest on the face of someone who
has put his book away and shut his eyes:

to see you: tensed, as if each leg were a gun
loaded with leaps, but not fired while your neck
holds your head still, listening: as when,

while swimming in some isolated place,
a girl hears leaves rustle, and turns to look:
the forest pool reflected in her face. 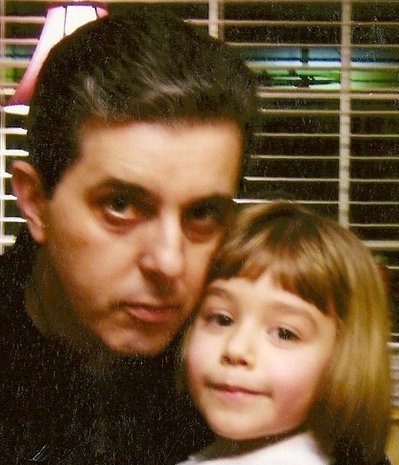 The poet with daughter Josie

My daughter said, “Dad, that’s beautiful.” She understood the poem intuitively if not entirely, and at that moment the soul of an artist was born. 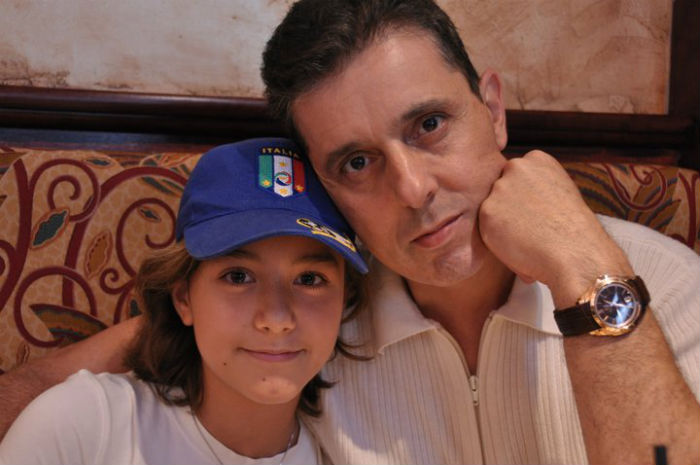 At a National Park I picked up a garter snake for my kids to examine more closely, and I quoted from Emily Dickinson’s poem: “A narrow fellow in the grass…” I said the snake was “Zero at the bone,” and my son looked at me with an expression akin to enlightened amusement. Strangely or not so strangely, it was the idea of science that entered my son’s mind through the vehicle of poetry. He wanted to know more about how a snake moved.

Salvatore Ala with his children, Josie and Michael

It is probably not surprising that these experiences all share nature as their common ground. We spend a great deal of time exploring nature. I had already introduced my kids to Byron’s idea that “there is a pleasure in the pathless woods/ There is a rapture on the lonely shore…” And before they could quote anything themselves, my children knew Robert Frost’s well-known lines from “The Road Not Taken”:

Two roads diverged in a wood, and I–

I took the one less traveled by,

And that has made all the difference.

Years later my daughter would use the phrase “break into blossom” to describe another experience, and I began to see that all the lines of poetry I had quoted really did have a profound effect. Not only did they remember, but they had appropriated them to understand their own experience. Those lines of poetry had given them ways of experiencing the sublime in their own lives, through the simple building blocks of language, image and metaphor. 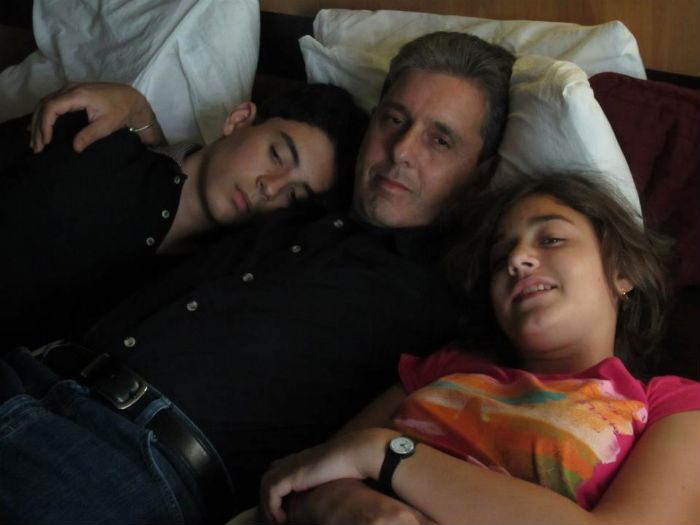 If you are asking a poet what he wants from his children for Father’s Day, he will probably tell you that he has already received his gift ten-fold. The gift he receives is the grace he created. I also learned through my children that poetry is never just about poetry. It is about science and philosophy and the sublime, which means to experience life to its fullest. Poetry and fatherhood are both about giving. Just like a poem you haven’t read in many years can come to mind with new meaning and new illumination, I hope the poetry I have shared with them will continue to shine in their lives in new ways. Being a poet has helped me be a better father, and it is clear that being a father has made me a better poet.

Salvatore and Michael on the shore

Salvatore Ala is a Canadian poet who has published three collections of poetry: Clay of the Maker

(Biblioasis). His poems have appeared in journals and anthologies. He has also published six broadsides of his poetry.

Posted in Featured, Poets, Relationships and tagged A poet talks about fatherhood, Father's Day, Fatherhood, fathers and daughters, Salvatore Ala
← Hal Sirowitz, poet: You Can Thank His Dad for That Dry WitThe Naked Paintings of Teresa Oaxaca →